Top 10 Superhero Motorcycles Of All Time 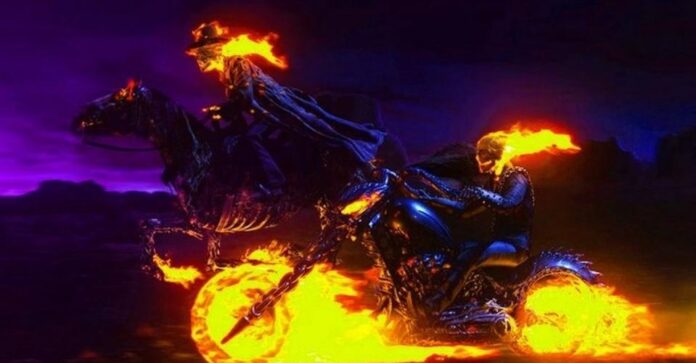 What’s the only thing cooler than a motorcycle?

A Superhero on a motorcycle!

Over the years, we have seen some smooth rides, and many of us have wished we could get our hands on them. The cooler the motorcycle, the more badass the hero.

We put together a list of some of the best wheels used by our favorite superheroes. So, sit back and enjoy the ride as averagebeing presents the top 10 superhero motorcycles of all time.

Some Superheroes can’t fly. It is what it is. That doesn’t stop them from getting where they need to and stopping bad guys, does it? The Sky-Cycle is a flying motorcycle created by S.H.I.E.L.D for the non-flying members of the Avengers, mainly—Hawkeye, Black Widow, and Captain America.

This flying bike was most used by Hawkeye, as all its features were best suited to him. The Sky-Cycle is voice-operated and has a hand-free autopilot steering mechanism that is perfect for the Archer. He was able to shoot arrows without any other distractions, and he was able to successfully use this creation. The Sky Cycle can move at high speeds and has advanced maneuvering capabilities. Perfect for the Golden Archer.

The Sphere, otherwise known as “The New Genesphere,” is an intelligent, extraterrestrial artifact and makes its first appearance in The Young Justice TV series. The Sphere is used by all members of the young team but takes a liking to Super-Boy. This artifact can morph its body to take up several forms, including a flying motorcycle.

Since Super-boy cannot fly, the Sphere is his usual mode of transportation and aids his team in their missions. When transformed, the Sphere takes the form of a sleek three-wheeled vehicle and looks very futuristic. The wheels turn parallel to the body when in flight mode.

If that isn’t cool enough, the Sphere can shoot lasers when in combat. The combination of these functions has helped the Young Justice team on many occasions, and the Sphere has helped Super-boy and his team escape situations that were not in their favor. Indeed, a very nifty teammate to have.

Moon knight is a one-of-a-kind superhero who gets his powers when Khonshu resurrects and chooses him to exact the Moon God’s vengeance on evil-doers. Marc Spector, his alter-ego, gets enhanced strength and abilities through his connection to the Moon God and dons a white suit to fight crime.

There isn’t much information on his motorcycle, but it first appeared in Vengeance of the Moon Knight #1, when it fell from the sky. The vehicle has a sleek white finish and is just a masterpiece.

Going up against Moon Knight is scary enough, but Moon Knight on a motorcycle? The hand of a God on a wheeled beast? Big nope.

Wolverine is one of the most badass characters to grace our screens, and our favorite mutant is rarely seen without his Harley. This is true for the movies as well as the comics. Wolverine has ridden many motorcycles over the years, but the most famous would have to be the wheels we saw in the 2009 X-Men Origins movie. The mutant sits atop a 1963 Harley-Davidson Duo Glide FLH, and he certainly looks like he belongs there. This touring bike has a V2, four-stroke, Panhead V2 engine built as a cruising bike.

This bike is not built for speed, but it is a powerhouse. We see this bike in action when Wolverine decides to go up against a helicopter. He rides the Harley like a boss and maneuvers it like a true gear head. The last we see of the vehicle is when it’s sent hurtling towards the helicopter and destroys it; a very ‘John Mclane’ moment. The next thing we see is the classic slow-motion walk after blowing stuff. Very badass.

The Black widow is one of the most mysterious characters in the Avengers. What isn’t a mystery, though, is that she likes motorcycles. She seems to have different ones in almost all comics and movies, but the one that caught our eye is the 2020 Harley-Davidson Livewire, which she rode in the Avengers: Age of Ultron movie.

In an epic scene where Black Widow is chasing down a truck with Vision’s body, we see her zip past numerous vehicles, doing wheelies, and jumping as high as 40 feet (12.19 m) on this bike looks effortless. This motorcycle has a powerful electric motor that boasts an output of 105 horsepower. The slick design added to Black Widow’s aesthetic, and every scene involving the two were spectacular.

Little is known about Hot Pursuit or how he came to be. We know he is a future version of Barry Allen that comes back in time to warn The Flash of the grave events that lead to Flashpoint. Hot pursuit arrives to warn Flash on his Cosmic Motorcycle, which is his only way to access the speed force.

The Cosmic Motorcycle is a vehicle constructed by Wally West of an alternate timeline. It is used by Hot Pursuit to travel in time and between dimensions.

The Cosmic Motorcycle is extremely fast and can keep up with the Flash. The motorcycle has a futuristic touch with its white and blue color aesthetic. A motorcycle that can move as fast as the Fastest Man is out of this world.

Lobo is a cosmic bounty hunter that has locked horns with many of our favorite superheroes. The most common interactions are the ones he has with Superman, and the Man of Steel has only been able to best the Main Man a few times. His whole aesthetic is that of a hardcore biker who travels through space on his motorcycle. It is bizarre, but you have to admit that it is also pretty cool.

Space hog- as he fondly calls it- is a customized version of the Spacefragg666, an extraterrestrial motorcycle. This space bike can go from 0 to 60 instantly and looks like something out of Star Wars. Lobo uses this vehicle to travel from planet to planet at very high speeds. His motorcycle is one of the fastest on this list, and it totally makes sense for an intergalactic bounty hunter to have a swift vehicle.

The First Avenger is a shining beacon of hope and justice. Captain America was created as the perfect soldier who would help the alliance thwart the Nazi movement and fight back Hitler’s armies. He stands for freedom and liberty and fights anyone who tries to take those things from the people. In Captain America: The First Avenger, we see this hero sit atop a bike that fits him perfectly. The 1947 Harley-Davidson WLA “Liberator”

The “Liberator” is customized for battle with several guns and gadgets that help the Captain in his endeavors. The enhancements include rear flamethrowers, twin miniguns, a tripwire, and a self-destruct function; handled from the control box.

The motorcycle has a 700 cc HV V-twin inline 4-stroke engine and was modified even further by Howard Stark and the SSR.

We’ve seen as many versions of Bat vehicles as we have seen different incarnations of the Batman. The Caped Crusader has had some of the most out-there vehicles, ranging from cars to planes to ships. Christopher Nolan’s Dark Knight Trilogy blessed us with almost all of it. The Bat Cycle (a.k.a. The Bat pod) is the most noteworthy.

The Bat-Pod is first used to escape from the Tumbler after it is damaged by the Joker. Batman bursts out of his tank on his bike and creates quite the spectacle. This version of the Bat Cycle has grappling hooks, cannons, and machine guns. The coolest part about the vehicle is that the wheels turn sideways if a sharp turn or U-turn needs to be taken. These features offer the Bat more mobility, and he can effortlessly maneuver between tight spaces.

The motorcycle is powered by a water-cooled single from a Honda CRF450R trail. Its 20-inch wheels and chopper aesthetic makes it one of the coolest-looking bikes on this list.

When it comes to motorcycles, no one does it better than Johnny Blaze. There is none better to top off this list.

There have been many versions of the Ghost Rider’s Hell Cycle, and each was badass in its way. The 2007 Ghost Rider, starring Nicolas Cage, gave us our first look at what it might look like in real life, and it did not disappoint. The Rider chooses a customer-made Panhead chopper that contains a Harley-Davidson Engine. That in itself is sweet. Add the flames, and it looks like something straight out of hell. It has certainly earned the name.

The motorcycle can move at insane speeds and leave tracks of fire behind it where it goes. This speed demon goes wherever Ghost Rider goes and was created by Mephisto in the bowels of hell. It defies all laws of physics, which means it can go up walls, travel on water, and sometimes even fly. This hellish vehicle is one of the most famous superhero bikes ever, and with good reason. The point of the Ghost Rider is to strike fear into the hearts of bad guys, and his flaming bike certainly helps.

A badass motorcycle for a badass superhero.

With this, we’ve come to the end of our list of badass motorcycles.

We definitely think more superheroes should have motorcycles. Here are a few honorable mentions for you to look into.

What Superheroes Ride a Motorcycle?

Which Marvel Character Rides a Motorcycle?

Ghost Rider is the most famous Marvel Character that rides a motorcycle.

What Motorcycle Does Wolverine Ride?

What Motorcycle Is in Ghost Rider?

What Is the Motorcycle in Captain Marvel?

Does Moon Knight Have a Motorcycle?

Yes, Moon Knight has a motorcycle that appears to be white.

What Motorcycle Is in Captain America Winter Soldier?

What Motorcycles were in Shang Chi?

We thank you for sticking around till the end. So, Which superhero motorcycle do you like the most?

Let us know it all on our Instagram handle here, and do visit averagebeing.com for more awesome superhero content. 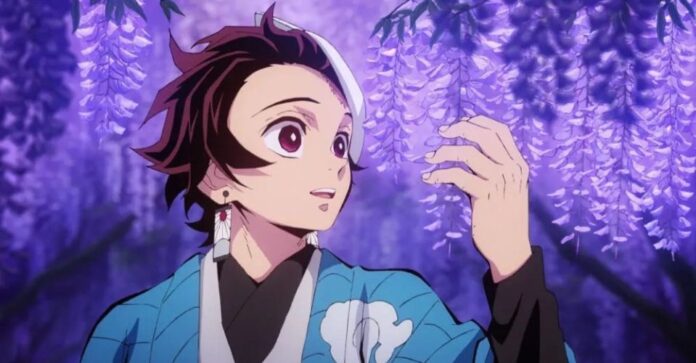 7 Reasons Why Anime Is So Popular Right Now
Next article 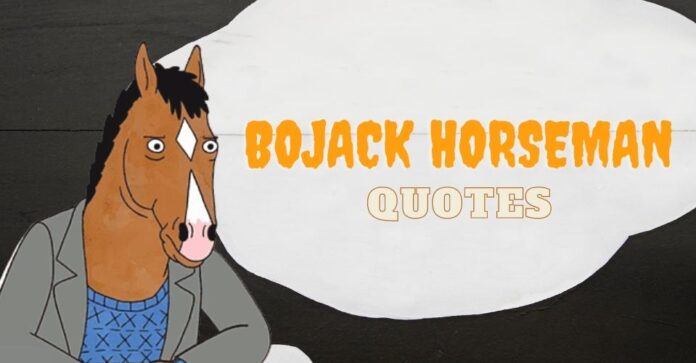 15 Oldest Superheroes We All Have Forgotten