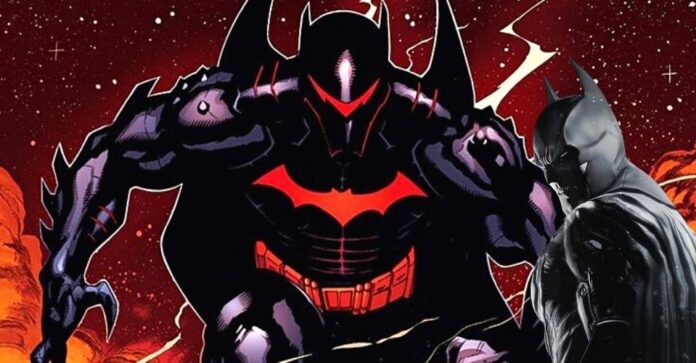 Many fans know that the Hellbat armor is one of Batman’s strongest suits but do you know its history, Why it was created in the first place and the depths of its powers?

Today, We are going to reveal everything there is to Batman’s Hellbat armor from the DC comics. If you are interested then buckle up Batfans.

Here’s everything you need to know about Batman’s Hellbat Armor.

Batman’s Hellbat suit was forged by the Justice League and designed by the Cape Crusader to go against godly beings.

Before learning about Batman’s Armour, Let’s see when did Batman actually use the Hellbat?

Hellbat Armor made its first appearance in Batman and Robin #33.

Written by Peter J. Tomasi and illustrated by Patrick Gleason, This was the time when DC was busy with the new 52 launches.

In this story, Bruce Wayne’s son, Damian Wayne was killed off and taken to Apokolips by Darkseid’s agent, Godfrey.

With little to no help from other Justice League members as they decided not to leave earth unguarded, Batman made up his mind to use the deadly suit in his arsenal and bring back his beloved son.

When Batman reached Apokolips with the help of a mother box, Darkseid’s minions were fighting amongst each other.

As we all knew Batman took advantage of the situation and beat the crap out of all those soldiers and got a lead.

This points out his next destination to the immortal Godfrey. Batman just rushed and took down the fierce god and demanded his son’s body.

Godfrey then told Batman that he’s handed him over to Darkseid’s second commander, Kalibak.

It turns out that Kalibak was using Damian’s body to power an enormous weapon that could destroy planets.

Batman took on every parademon in his way and disarmed Kalibak with his own weapon, The Beta Club.

This weapon instantly renders any opponents useless as it affects the foes nervous system.

Fun Fact: Kalibak is also a new god and is the son of Darkseid.

Just when Batman got his hands on Damian’s body and was about to leave Apokolips, Darkseid showed up.

The evil ruler of Apokolips himself decides to take on Batman as Darkseid appears in front of the Dark Knight and said: “You’ve come a long way to die.”

Darkseid then quickly crushed the mother box making it difficult for Batman to escape. This leaves Batman with no other option but to fight the tyrant.

A fierce battle took place between Batman and Darkseid as each pull out blows on one another.

When Batman downed Darkseid with a powerful blow, He took Damian’s body and was about to leave the place with the help of Cyborg’s boom tube.

But Darkseid stood up and crushed Batman’s wings saying, “Why would you go through unimaginable horror even when the suit’s killing you from the inside?”

Now comes the badass part, Batman told Darkseid that he’s already gone through pain and suffering as his destroyed wings turn into a swarm of bats and reattached to the Hellbat armor.

The Evil God of Apokolips then fired his Omega beams and to his surprise, they didn’t work. Batman then reveals that he’s got the Chaos Shard which renders any energy ineffective and catches Darkseid off-guard.

The Dark Knight then used everything he’s got into the chest beam and fired are Darkseid, knocking him down temporarily.

This allowed Batman to escape from Apokolips with his son’s body but he was literally minutes away from dying due to prolonged use of the Hellbat armor.

Just when he was passing away, Batman smashes the Chaos Shard into Damian’s body which in turn brought back the Robin to life and reversed all damage done to Batman.

This is the complete story of how Batman used the Hellbat armor to bring back his dead son to life.

15 Crazy Riddler Stories You Should Read

What Is Batman’s Hellbat Suit Made Of?

With the sole purpose of assisting Batman to take on the biggest threats on his own, The whole roster of Justice League united in forging Hellbat armor.

Here’s how the Justice League made Batman’s Hellbat suit.

Forged by Superman in the sun, Green Lantern worked on its wings, Wonder Woman used a secret spell that makes the suit last longer, Flash tested it against the Speed force, Cyborg implemented all the A.I and commands needed, and finally, Aquaman made it durable even in water.

The entire league charged the suit with their own special abilities making it truly invincible for the mortal.

The materials of the Hellbat suit are made of shapeshifting nano kinetic metallic composition that can transform into anything the user wants.

The Hellbat Armor is powered by Chaos Shard, A powerful unearthly source that can produce incredible energies out of it.

With the help of Hellbat suit, Batman can be a deadly foe to take on but with all the advantages he’s got with it, The Cape Crusader has a major drawback, One that could even kill him.

The Hellbat suit utilizes users’ metabolism to work and when a mere mortal initiates it, This could be fatal if used under extreme conditions or even using it for a prolonged duration.

This is the one and only drawback the Hellbat armor has.

Batman has done some incredible feats with the Hellbat Armor. Here are some of the best Hellbat feats that the Cape Crusaders have accomplished.

As said above, The Hellbat armor can truly take Batman to a different level altogether. In Batman and Robin #33, Batman knocked out Darkseid and temporarily defeated the Evil God on his own planet.

If there’s ever a rematch, Batman could definitely go hand to hand with Darkseid but if the battle drags on for a longer period then Bruce Wayne will be defeated by his own suit.

Why Does The Hellbat Armor Kill Batman?

One of the major flaws of the Hellbat Armor is that it utilizes the user’s life force. This in particular when used by a mortal as Batman could kill him in the long run.

But that doesn’t make the suit less of anything as Hellbat armor has the ability to dispatch any part so that it can prolong the life of its user.

Ultimately, The longer Batman fights in the Hellbat the bigger the toll on his life.

Does Batman Still Have The Hellbat Armor?

The Hellbat armor was seen in Batman and Robin #33 in the comics. After that fans got to see Hellbat in DC’s Rebirth on a Batcave located on the moon.

Finally, The Hellbat armor was reconstructed and was placed in a secondary Batcave as Batman didn’t use it much in his future battles.

What Is Batman’s Strongest Suit?

This suit made its appearance in Justice League #24 as Batman wanted a better way of handling godly foes without draining his life force out of him.

Made from Element-X, Batman in his Final Suit can alter his opponent’s minds. If you ever thought Batman is overpowered then wait until we explain what the Son Box Suit can do.

Batman’s Final Suit can alter reality itself as he can now rearrange matter from its molecular structure.

The suit in specific can adapt to any environment and attacks without severe damage to the user. This is basically the power of white lanterns coupled with unimaginable strength to backup.

If any of the bad guys we spotted when Batman was using this suit, I sincerely pray for those poor soles.

To provide you with an example of how devastating this suit could be. Let me explain about Batman vs Justice League.

Batman once defeated the whole Justice League (No, not the Tower of Babel) when the League wasn’t listening to Bruce Wayne’s plan. He just pinned down everyone while trying to explain how his plan works.

With the ability to rewrite reality and control others’ actions, Batman is a beast in his Final suit.

Is The Hellbat Suit Stronger Than Superman?

Batman’s Hellbat suit is far more powerful than Superman. The suit withstood devastating blows from godly beings like Darkseid, Eradicator and managed to stay in one piece.

With such immense armor, If there’s ever a match between Batman’s Hellbat and Superman, The Hellbat would win.

Batman’s Hellbat is definitely stronger than Superman but will only be a good choice if the Cape Crusader can finish off the fight in less time.

If Batman’s Hellbat was against Ironman’s bleeding edge or endo-dym suits then Batman would ve victorious as Hellbat is on a different level altogether.

On the flip side, If Hellbat goes against Godkiller, Godbuster, or Extrembiote suits then it would be so much trouble for the Gotham City billionaire.

The Hellbat can sure keep up with any of these suits in terms of power but the longer the fight lasts the worse it is for Batman’s health.

With that, you’ve learned most of what Batman’s Hellbat suit is all about.

Did you get the answer you are looking for? Most importantly, Do you now realize how powerful Batman is with the Hellbat Armor?

Let us know it all on our Instagram page here. 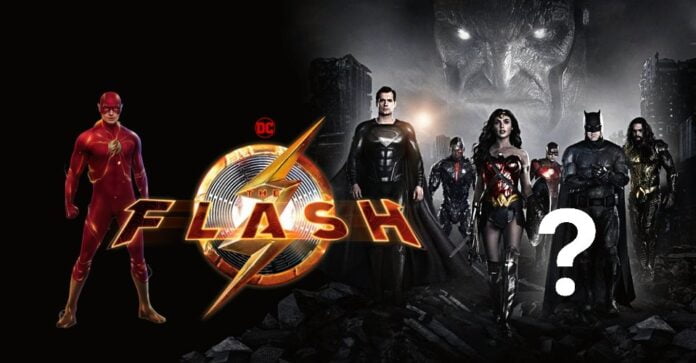 The Flash: Is The SnyderVerse Dead? (Truth Explained)
Next article 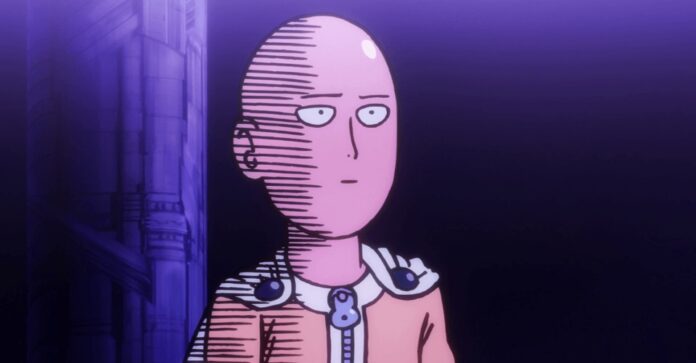