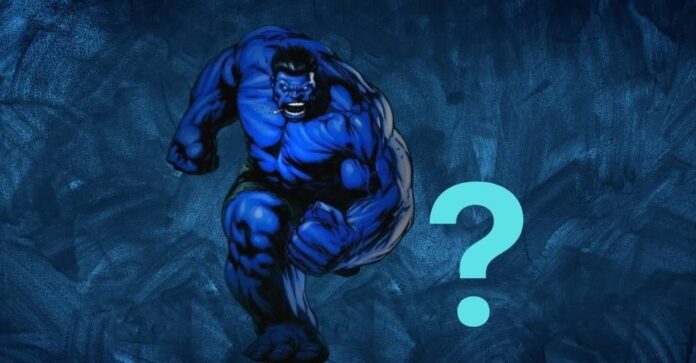 After debuting in The Incredible Hulk #1 in the Silver Age of Comics, Our favourite green monster has become a global phenomenon and received several powerups through different storylines.

Now, there are different colours of Hulk amongst which the Red and Green versions are known to every comic book reader. But, Banner’s Green Hulk was first introduced as a grey-coloured Hulk. Later, Stan Lee changed it to green due to ink issues. Our giant-sized green superhero is one of the original members of the Avengers and has become more prominent in popular culture after the emergence of the Marvel Cinematic Universe.

Jay Faerber and Carlos Magno in Captain Universe: Incredible Hulk comics introduced the Blue Hulk, which is considered to be one of the strongest manifestations of Marvel Comics’ Captain Universe.

In this article, we are going to dive deep into the events related to Captain Universe: Incredible Hulk comics of 2006 so we can provide you with more details about the brief appearance of the Blue Hulk.

Is There a Blue Hulk?

There are two versions of the Blue Hulk. Rick Jones was the first person who turned into a blue-coloured Hulk-like creature. But, he cannot be a Hulk as he was not as powerful or handsome as the Banner’s Hulk.

This creature was called A-Bomb and his looks resembled the look of Hulk’s nemesis, Abomination.

Another iteration of the hulk was talking about is Bruce Banner’s version of the Uni-Powered Blue Hulk, who first appeared in Captain Universe: Incredible Hulk in 2006.

Who Is the Blue Hulk in Marvel?

A powerful cosmic force called the Uni-Power chose Bruce Banner as its temporary host when he turned into the Blue Hulk for a brief time.

Jay Faerber and Carlos Magno introduced this cosmic version of the Hulk with a small but important appearance in the Comics.

What Is Blue Hulk’s Real Name?

The Blue-Hulk and the classic Green are the same people. Hence the real name of Blue Hulk is Dr. Bruce Banner, as the Uni-power chose him to be its host.

In Marvel Comics, the host of the Uni-Power always becomes a cosmic entity named the Captain Universe. After leaving Doctor Banner, it chose Daredevil and later, Captain America.

Why Does Hulk Turn Blue?

Now, the appearance of the Blue Hulk was for a very short moment. This all happened when Uni-Power wanted to study the Hulk’s power to learn more about his own sudden and gradual power loss.

When Bruce Banner chose to isolate himself by visiting a frozen wasteland, He was caught in a bear trap and turned into the Hulk to free himself. At that moment, the Uni-Power merges with the Hulk and stayed in a dormant state.

After a short discussion with Banner, the incredible cosmic force promises to repress the Hulk until they meet with a special scientist. So, Banner decided to leave isolation to help this unique Uni-Power.

It was quite clear why Uni-Power took Bruce as its host because the deity could have taken take help from Dr. Banner. Anyway, They were trying to find a specific person named, Doctor Gilbert Wiles, who was a former host of the Uni-Power.

As that cosmic power granted him unbelievable abilities back then, he learned more about it to benefit humanity. But the real problem was that this New York scientist was working for an evil organization called A.I.M. (Advanced Idea Mechanics). This villainous group wanted the Uni-Power for selfish and evil purposes.

After reaching the facility, Banner was attacked by robots and nearly defeated the struggling Hulk. At that dire moment, Doctor Wiles helps the Hulk boost the capacity of Uni-Power.

This resulted in the Hulk turning into a stronger version with blue skin. This cosmic Hulk easily defeated those robots and saved the day all by himself.

Yes, It was Uni-Power that enhanced the Hulk’s abilities by merging with him, and that’s how Banner turned into the Blue-Hulk for the first time in the comics.

Hulk’s primary power is berserk strength and super healing. Although Marvel Comics has introduced different coloured versions of the Hulk, the Blue Hulk is considered to be the one of strongest.

Due to his short appearance, There is a lack of information about the true extent of Banner’s Blue Hulk’s powers, but we can guess how strong he could be.

For starters, Uni-Power’s physical manifestation is called the Captain Universe and it can grant immeasurable power to protect the very balance of the universe.

Now, this transformation only happened for a brief moment, and Uni-Power again changed its host. This cosmic Uni-Power only enhanced the Hulk’s strength, and Bruce was unable to understand the full potential of his newfound power before its gone.

The other hosts of the Uni-power had the powers mentioned below.

Despite having such a variety of powers, we only witnessed the Blue Hulk beating a bunch of A.I.M.’s robots.

To be honest, the comics’ pages showed only a minute of his powers. If only we had another issue, This would’ve been easy.

How Strong Is Blue Hulk?

To measure the Blue Hulk’s strength, we can compare him with other characters. In the previous segment, we discussed the powers of both the Hulk and the Omni-Power. But there is something that also needs to be focused on, which is Uni-Power.

This cosmic force is a conscious being who chooses its host and grants him/her all kinds of powers.

In the Captain Universe: Incredible Hulk comics, the Uni-Power granted Banner enough power only to defeat the robots.

If both Uni-Power and the Hulk work together, they can easily defeat the likes of Sentry, Hyperion, Captain Marvel, Adam Warlock (without the Infinity Stones), and many other strong superheroes with cosmic powers.

The Blue version of the Hulk is also a lot stronger than other versions of the Hulk like World War Hulk and Maestro.

In our opinion, he could be as strong as the Cosmic Ghost Rider because no one can easily defeat a flying Hulk who’s got cosmic powers.

With many unknowns in the bag, We are aware of how eager you are to learn more about Blue Hulk.

Our readers do not need to worry as we are here to answer a few more questions that could make you understand this character a bit more.

Is Blue Hulk the Strongest Hulk?

While we were reading this particular comic, we came across a line: “Hulk is really the strongest one there is.”

But is it true?

We are going to discuss that thoroughly here.

The Blue Hulk is the most powerful version of the Hulk so far with the least abilities presented to us.

After merging with the Uni-Power, Hulk became a cosmic-level superhero and even his normal smashing power became more deadly.

With the above-mentioned superpowers of the previous Captain Universe in the Marvel Comics, Hulk gained cosmic awareness and could easily manipulate time and space.

The Hulk’s primary weakness and strength was his rage, but the Uni-Power kept his rage under control, which made the blue monster stronger and could not easily be defeated.

Unfortunately, The comics did not dive deep into his temporary powers as this cosmic power left Bruce after finishing off those robots.

There are also some other versions of Hulk such as Yellow and Red Hulk, but they don’t stand a chance against this Blue Cosmic Hulk.

Bruce Banner’s Blue Hulk is way more powerful than Jackson Lenard’s Yellow Hulk. Yellow Hulk is often considered one of the weakest Hulks in comics. Despite having powers like the original Green Hulk, Blue Hulk is way superior to Yellow Hulk as he was not transformed out of rage. The battle between them will not last more than 5 minutes.

The Blue-Hulk against the regular version of Superman is very easy to predict. Though DC comics introduced different versions of Superman, the Blue Hulk with his cosmic powers can easily defeat the Man of Steel.

Now, their physical strengths may be the same, but the Blue Hulk is way more powerful than Superman with all the additional abilities of the Uni-power.

Hulk’s World Breaker version was awakened by the gamma radiation and his own rage, whereas the Blue Hulk was more of a calm version that was powered by the cosmic entity Uni-power.

How the fight ends is quite evident here as the Blue Hulk is a cosmic-powered superhero, and the World Breaker Hulk can hardly give him a run for his money.

Moreover, Blue Hulk can easily absorb any kind of energy, or radiation, and calm the World Breaker Hulk down with the help of his psychic powers and telekinesis but it would be a disaster for nearby planets if these two ever face off against each other.

If we got to see more of the Blue Hulk, it would be fun, and we would’ve easily been able to tell more about him.

In the latter part of this series, The Uni-Power took over Daredevil turning Banner into the Green version we all knew.

Fans would love to see this Cosmic Hulk’s return to see more of his actions, and we’ll be waiting for this moment to come. Also, check this out to see more of Blue Superheroes.

This is everything we knew about Marvel’s Blue Hulk and I hope you got the answer you were looking for. Let us know it all on our Instagram handle here and in the meanwhile, Keep visiting averagebeing.com for more awesome superhero content. 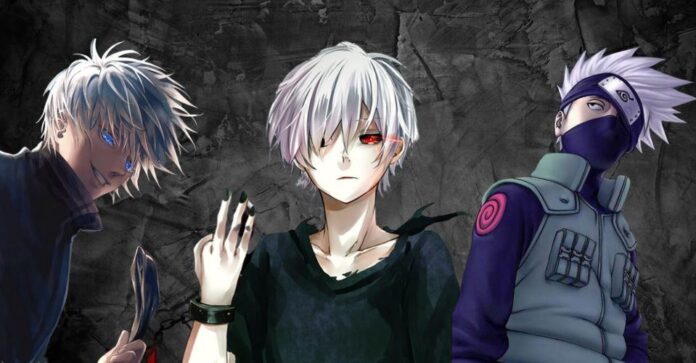 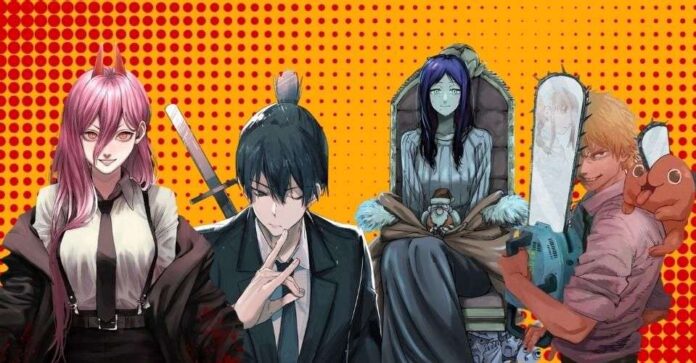 Case Study: Marvel Films/Series Runtime & How Long It Takes To...