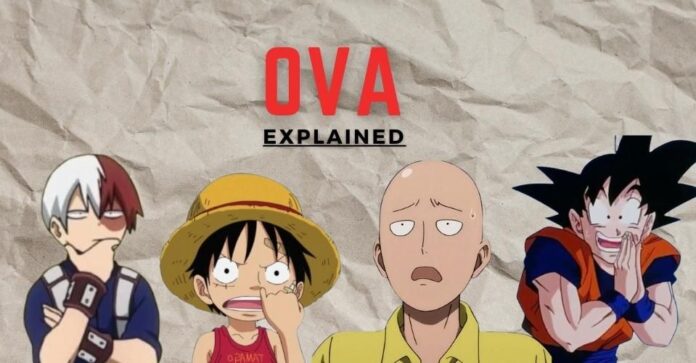 Hi there, averagebeing is back with yet another fantastic topic for you. You know that averagebeing.com makes the best Marvel, DC, and anime content, right? We like to interest you with our blogs, and most of our content is made for information purposes like this one. So, Today we are going to talk all about OVA.

What is OVA? Is it worth watching? Why is OVA different from regular anime? Is OVA related to the main story? We’ll clear everything for you today.

You won’t have to go anywhere else since all your questions and doubts will be answered here. Isn’t it amazing? Like in one place, you’ll be getting everything. Make sure to browse our blogs more often since they are fun to read, and we post about a lot of stuff that includes anime.

This is going to be an in-depth answer to all questions related to OVA with real-world examples. So without wasting any time, let’s get into our topic.

What Is An OVA?

OVA or Original Video Animation is the animation made for a particular series, but these animations don’t get aired on Television. Instead, they come on DVDs and VHS tapes. OVAs are mostly aired when an anime completes its season and the following season has still time to air.

The main motive behind releasing an OVA is to maintain the audience’s interest in the anime.

OVAs are always fun to watch even though they aren’t taken from the manga, and sometimes they are connected to the main storyline. Back in the day, people had to buy DVDs of an OVA episode, but now they are available everywhere free of cost.

How Is OVA Different From Regular Anime?

The major difference between an OVA episode and a Regular Anime episode is that the OVA neither gets aired on television nor in anime episodes which are released on a daily or weekly basis for the audience.

Many of you can watch regular anime episodes on Television but an OVA is something you have to buy.

However, nowadays you don’t have to buy DVDs for an OVA episode because you can watch them on different websites and the same goes for regular anime episodes as well as they are available everywhere but originally OVA was never meant to air on TV or anywhere else.

Many people think that an OVA is a part of the manga, but no this is not true. A regular anime episode will be a part of manga provided if it’s not a filler episode.

If you skip a regular anime episode you’ll miss a part of a manga, but if you miss an OVA, you won’t be missing an important part since they are made for the audience’s attention.

However, sometimes it’s just the opposite. Few OVAs carry an important part of the main storyline and they even have hints about what is going to happen next in an anime.

A regular anime has to follow proper guidelines on the other hand OVA has no such restrictions. This is mainly because they are not going to air on Television.

To differentiate between a regular anime episode I’ll give you an example. Everyone knows about the Naruto series right? It’s part of the big three anime series and one of the most popular anime of all time.

Naruto has a total of 220 episodes and 90 of them were filler. So, We have seen the chunin exams in the anime. The chunin exam arc was the original content from manga and this arc was aired on Television so this is a regular anime episode.

On the other hand, there is an OVA called Hidden Leaf Village Grand Sports Festival that is not related to anime at all. It was meant for entertainment purposes only, and it didn’t air on Television, so that is called an OVA. I hope now you know exactly what’s the difference between a regular anime episode and an OVA.

How Is OVA Different From Special Episodes?

First of all, we should know what a Special Episode is. Special episodes are those episodes that are aired on Television but are not part of the manga.

There is not so much difference between an OVA and a Special Episode as both of these are not part of the manga, they have a whole different story which is meant for the fan service.

So, How do you identify an OVA from a Special episode?

One key difference between them is that OVAs are shorter than Special Episodes. The average time duration of an OVA episode is 10 to 30 minutes while a Special Episode can be 2 hours long.

Another difference between an OVA and a Special episode is that the Special episode has to follow the guidelines given by the Television Industry, but OVA does not have to follow any kind of guidelines because they are not aired on T.V but are sold in the form of DVDs.

We can say OVA’s are a fan service for the otakus because in these episodes you can show anything.

The best example of this is Highschool of the Dead.

If you don’t know this then Highschool of the Dead is considered to have one of the best fan services in all of anime. Its plot is quite popular but what’s more popular than its story is its OVA.

Highschool of the Dead OVA is a beach-based episode so you can imagine what it would’ve been like.

Yes, An actual 5.5 episode that aired between episodes 5 and 6.

This was a recap episode that was aired on television and as expected, The episode follows all the guidelines as any other regular one which airs on T.V.

Difference Between OVA And OAD

What is OAD? You might not know it so let me tell you OAD means Original Animation DVD.

Just like its name says, these DVDs contain the original animation which is made from a manga source.

When an anime starts airing they even start coming in DVD form so fans of all regions can binge-watch their favorite anime.

With the help of OAD, People can re-watch anime and have the whole series in their collection.

Now the question is what is the difference between an OVA and OAD?

So, OVA is something related to an anime even though it does not follow the storyline or the manga source, on the other hand, OAD is a collection of videos in the form of a DVD collection of any given anime.

In simple terms, they both come in the form of DVDs but OVA contains episodes that do not air on T.V whereas OAD’s episodes are already aired on Television.

I know this gets confusing real quick but I’ve given several examples for OVA. Now, We’ll talk a bit more about OAD.

For instance, You like the anime Komi Can’t Communicate. Apart from streaming online, We can also buy the anime on a DVD and there will be more than 5-6 or maybe the whole series on that DVD. This bundle of episodes on a DVD is called OAD.

What Is The Purpose Of An OVA?

You might be wondering What is the purpose of OVA, right?

If it’s not related to the main storyline or it is not derived from manga then why are OVAs made?

As said before, OVAs are made for the sole purpose of hooking the audience. When an anime starts airing, they have to follow some guidelines like there can’t be a lot of brutality or nudity and things like this if you didn’t follow the guideline properly you have to face certain problems from the government.

Again, Let me provide you with an example in the form of Redo of Healer.

But in OVA there is no guideline because they are not aired on Television. You can add anything in an OVA and fans like to see OVA of any anime because there is a lot of fan service in it. Suppose you like a pretty dark anime, and it’s an action anime with no fan service even though the anime is great it is lacking something, right?

To complete that, lacking OVAs are made. OVA will give you that fun element that is missing in the anime. Even though it’s not part of the anime, it will entertain, and it will also keep your interest in the anime.

Another reason OVAs are made so that people don’t forget about the anime is that if an anime completes its season and the next will take time to come they start releasing OVA episodes in the form of DVDs to keep people’s interest in the anime.

In simple terms, canon episodes are those episodes that are not part of manga but they are part of the main storyline.

But there are two types of canon, one is manga canon and the other one is anime canon. Manga canon is that canon that appears in manga and anime as well while being important to the main storyline.

On the other hand anime, canon is those episodes that are not part of manga but they are still important and are a part of the main storyline.

So is OVA canon?

Well, it depends on the creator. An OVA can be canon or it can’t be a canon. If the creator wanted he could make an OVA episode which can be an important part of the anime.

Is OVA Worth Watching?

Here comes the main question, Is OVA really worth watching?

Besides, OVAs are more fun to watch than filler episodes because OVAs have a lot of comedy, some have great action, and some have great fan service. OVAs are not so big; they are like 10 to 30 minutes long and you can watch them anytime.

We should be glad because nowadays you can watch OVA online on different websites and you don’t have to spend money on buying DVDs.

An OVA contains a story/plot in itself; it can be on a certain topic or theme and it will keep that vibe that will interest you throughout the episode. In conclusion, you should watch OVA.

If you’ll skip it, you’ll miss a lot of fun. But again if you skip it, it won’t change anything because they are not that important. Ultimately, The choice is up to you.

Do You Know The Answer For This?

I hope this answers the question you were looking for. That’s all for today and keep visiting averagebeing.com for more awesome anime content. 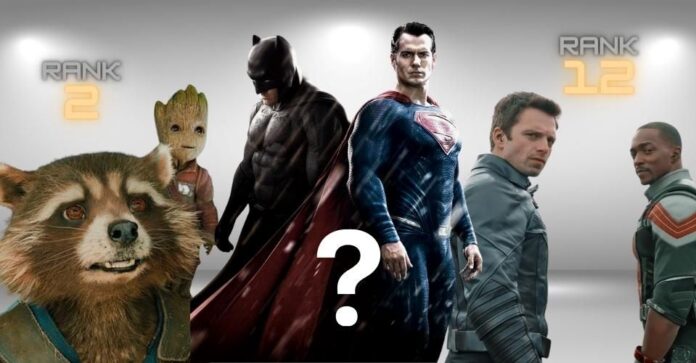 15 Best Superhero Duos Of All Time Ranked
Next article 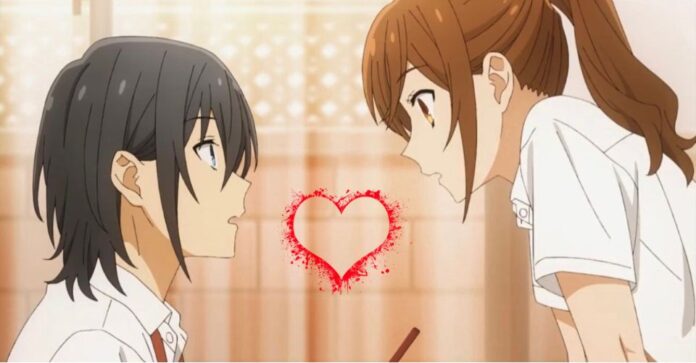