If you are wondering how to kill Deadpool then you’re in the right place because today we are revealing the top ways to actually get rid of the regenerating degenerate.

To make it interesting, Let’s assume that someone hired the popular mercenary and sent after you. How could you stay alive? Can Deadpool even die?

With Thanos lifting his immortality curse in the new reboot this is possible but it will be one hell of a ride to kill Deadpool.

But what if I tell you that even the fiercest of superheroes can be killed. With all the regeneration at his disposal, even Deadpool cannot stay alive from what we’re about to disclose.

We’ve seen all kinds of ways over the web but they all say you to use Thanos or other godly beings from comics which you have no chance of. So, We came up with our own list of ways to actually kill the mercenary.

Note: These methods are only for information purpose and we do not encourage anyone to actually follow them.

Here are the top 10 practical ways to kill Wade Wilson aka Deadpool.

Maybe Deadpool has got an immense healing power but if you trap him in an active volcano it’ll be the end of him.

Here’s how it goes down. Figure out something that makes Wade Wilson come to your destination then plan a strategy in trapping him inside a volcano.

Though Deadpool may be a bit sloppy in evading his enemy attacks due to his overconfidence in regeneration, Make sure to perfectly execute the trap part.

Once he’s all locked up, Throw him into an active volcano, and here’s why.

Volcanoes are scientifically proven to burn for over 20 years. These produce a heat of 1200 degrees celsius which would completely melt the mercenary if he stays there for longer durations.

So, Having super healing help Deadpool? Yes, But even he cannot stay alive inside an active volcano for 20 years while his bones get melted away.

This sure is a brutal way to kill someone but if you need to get rid of him then this method is one that plays out just fine.

#9 Send Him To The Deep Space

Remember the phantom zone from DC?

If you are somehow able to send Deadpool to deep space in a rocket, Pin him down in the phantom zone.

Then sentence Deadpool for over 100 Kryptonian years inside the Phantom Zone and that’ll be it for the mercenary.

If you didn’t understand, Let me break it down for you.

A single cycle of Kryptonian sun equals 1.37 years on earth and if you can send away Deadpool for 60 years inside the interdimensional prison it’ll be 137 years.

With prison as far as 29 light-years away from earth, Deadpool can’t come back even if he’s managed to stay alive.

Moreover, With no oxygen to inhale Wade Wilson cannot help himself to break out and survive.

Even if he somehow manages to come back, You’ll be good as dead by the time he sets foot on earth.

#8 Throw Him Into The Sun

If you think trapping him and making sure he doesn’t escape is too much work then this is a handy option to kill Deadpool.

For starters, Our burning star emits a temperature of 6000 degrees celsius on the surface.

All you need to do is throw him in the direction of the Sun and the gravitational force pulls him into it.

That being said, It is clear that you need not take him all the way into the Sun just carry him nearby. The big star will do the rest.

In the Invincible comics, Wade was indeed thrown into the burning Sun and is a proven way to kill Deadpool.

As you can see from the above heading, It is crystal clear what you need to do and we believe this doesn’t need any further explanation.

Do you know that Deadpool can rise from ashes? (Literal ashes)

But that was when Thanos put a curse on him and after the new reboot, The immortality curse was lifted and Deadpool isn’t usually strong enough to regenerate from ashes.

Even with the way how he is now, Extreme temperatures like over 2000 degrees celsius would easily incinerate Deadpool’s body from a molecular level.

This could evaporate Deadpool’s cells into plasma and cause serious trouble for him.

If you’ve got someone like Endeavor on your team this is a piece of cake.

Again this gets out of hand with involving other characters but incineration is a method that works.

With modern science getting more and more advanced this seems to be another practical way if you ever want to kill Deadpool.

According to many scientists, An energy of three gigajoules will be more than enough to completely disintegrate a human body.

This is a hard one as it requires more energy than an atomic bomb but if you expose Deadpool to this kind of energy source he is dead.

Let’s get a general idea of what you can do with that kind of energy at your hands.

With an energy of three gigajoules, You can melt 5000 pounds of steel and can even stimulate artificial lighting.

This method completely dismantles Deadpool from the inside out as he vapourises instantly and is sure to get rid of him for good.

If you think these methods are a bit too much then let’s dive into the top 5 ways of killing Deadpool.

These methods are by far the easiest ways to kill him.

In one story, A special serum was developed by a hi-tech laboratory and someone injected a syringe with a sniper shot into Deadpool.

This serum cured his cancer and surprisingly didn’t take away his healing prowess.

Believe it or not, The only thing keeping Deadpool from being dead is his cancer.

With a massive regeneration of his cells undergoing at every second, His cancer keeps death at bay.

If you can cure him with serum then Deadpool’s heightened healing which occurs regardless of his situation can kill him.

In the comics, it’s proven that Hydra used a serum that can take cure Wade Wilson’s cancer.

With this in your hands, You really don’t need to kill the Merc with a Mouth, His own healing prowess is a blessing in disguise.

You may think chopping off Deadpool is useless as he can easily regenerate but hear me out.

Everyone knows Wade Wilson cannot be killed by cutting him off but if you do it the right way, It just might be enough to take care of the merc with a mouth.

Firstly, Slice him into pieces and make sure to separate his head from his body.

Even without his head, Deadpool can fully grow a human body. In fact, He comes back to life when the Hulk separates his head once.

It was proven that his body can grow a new head. So, let’s proceed to the next step.

So, What we do is place his head in a palladium mixing jar that is impossible to open.

With a hardness of 5.75 on the Mohs scale, Wade cannot breakout out of the mixing jar with his head alone.

Growing an arm or two may be easy for Deadpool but an entire body will definitely take time.

In the meanwhile, we just push the button and watch his head and other body parts slice into small pieces in the mixer.

In this way, Even if he can regenerate it will be of no use. We keep on destroying the pieces and he keeps on regenerating.

What better way to kill Deadpool than to take away the one thing that stops him from dying.

The radioactive metal has special properties which might just be what we wanted to kill Deadpool.

Found in Omega Red coils, The indestructible metal Carbonadium can slow down any mutant’s healing powers, and add to that, The radiation it produces can drain the life energy.

The only way to stop its effects would be to use a Carbonadium Synthesizer which we won’t provide.

With the life force draining out of him and the slow regeneration due to Carbonadium, this method can be used to kill Deadpool.

Again, The Carbonadium will not completely remove his healing powers but can make our job less difficult.

If we tried to use Carbonadium to kill Deadpool then the superior version of it must be included in this list.

This is another specific blade from Marvel comics that can strip away any regenerative powers and can kill anything regardless of its background.

Slicing Deadpool with Muramasa Blade aka the Immortal Ending Blade can be deadly for the mercenary as it can completely nullify his healing powers when it comes into contact.

This blade connects to Wolverine as he himself stated that the one thing that can truly kill him is this Muramasa Blade.

With Wade’s regeneration out of the picture, It would be an easy way to kill Deadpool with this Blade.

This is by far the easiest way to kill Deadpool or anyone with healing powers.

The current world record for holding breath underwater is 24 minutes 37 seconds. So it’s living proof that no human can hold his breath for more than 1 hour.

Even with all the healing in his body, Deadpool’s cells need sufficient oxygen to function and regenerate.

Once, Wolverine admitted that he can be killed by drowning.

If that is true for Logan, Someone like Deadpool who possesses similar healing powers can be dealt with this method.

Finally, Drowning Deadpool in water for an extended period of time makes him suffocate and is bound to die.

If you ever run into some freak with healing powers just drown him. He’ll be good as dead.

This is the easiest way to kill Deadpool and many haven’t talked about it.

Here’s How You Kill The Hulk

What do you think of the above ways to kill Deadpool? Have you got any other ideas?

Let us know it all on our Instagram page here. 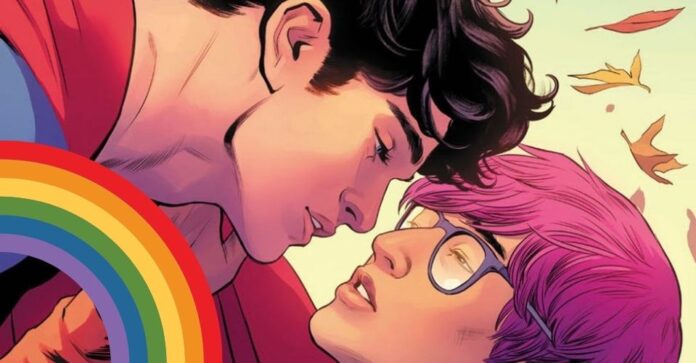 17 Iconic LGBTQ Superheroes You Should Know About
Next article 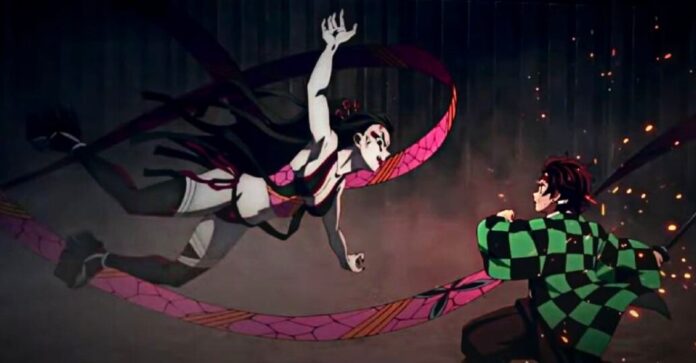