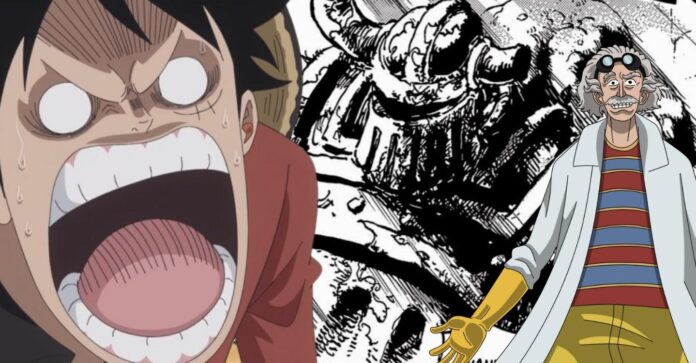 The recent One Piece chapters revolve around the mad genius Dr. Vegapunk. Be it the appearance of the modified version of Pacifista known as Seraphim based on the former warlords; or the arrival of the six satellites — bodies that identify themselves as Dr. Vegapunk with different aspects of his personality traits, the mystery surrounding the infamous scientist is finally getting revealed.

Previously in One Piece Chapter 1064, the Blackbeard Pirates and the Heart Pirates are seen in a battle where the winner takes it all. Meanwhile, Vegapunk communicates with Dragon, who seems to be a close friend of the mad genius.

One Piece Chapter 1065 begins with Caribou interrupting Brook and Zoro during their fancy tea party on the Thousand Sunny. Meanwhile, Punk – 02, Lilith takes Sanji, Usopp, Franky, Robin, and Nami to the lab, where the Straw Hats come across the Jinbe Seraphim.

As this modified pacifista looked like Jinbe, the Straw Hats hesitated but quickly realized that it wasn’t him after it started attacking them.

And, as we all speculated, the Seraphims can use fruit powers. Thanks to Dr. Vegapunk for creating these monsters with the trait of the originals.

Soon, it was revealed that Punk – 03, Edison, was testing the new Seraphim to test its strength, weakness, and battle data to modify it further. This is also the first time Punk – 03 appeared in the One Piece manga.

Meanwhile, Punk – 04, Pythagoras, makes his first appearance in One Piece Chapter 1065. Pythagoras is seen working on the collected battle data to input it for further modifications along with Edison.

And, finally, Punk – 06, York is introduced. She will remind you of Jewelry Bonney, the Big Eater. It seems that York eats food for Edison; it’s still unclear how that works, but it’s believable coming from none other than Vegapunk.

In fact, the BMI of York is 600, a number that cannot be for a normal human being. Even Bonney doesn’t have that much BMI considering she is known as the Big Eater.

Punk – 01, Shaka stops the battle between the Jinbe Seraphim and the Straw Hats. Following this, Shaka reveals that this is not the Island of the future. Instead, the Egghead is actually an island of the past, belonging to a highly advanced kingdom that existed 900 years ago.

On the other hand, Luffy, Chopper, Jinbe, and Bonney find a giant body clad in metal armor. While Luffy and Chopper are fascinated with the discovery, Jinbe and Bonney are equally surprised at how such an ancient-looking thing can even move.

While we get to see the remaining satellites of Dr. Vegapunk along with the Seraphim using devil fruit powers, the most intriguing panel of this chapter was the last one.

Does this humongous body of armor with two horns remind you of someone or something? Yes, you got that right; Oars the continent puller, his descendent Little Oars Jr. has quite a few resemblances with the body beneath the armor. The horns more or less confirm that fact.

This panel also raises an important question, does the void century and the ancient kingdom, which is said to be highly advanced, belong to the giant race?

Only time will tell.

Until then, keep reading One Piece, and don’t forget to read chapter 1065 when it comes out on Shonen Jump.

Before I bid adieu, I am leaving you with a question. Is this a hint towards a possible arc in Elbaf, the island, and the kingdom of giants? Let us know your responses in the comment section below, and visit averagebeing.com for more manga updates. 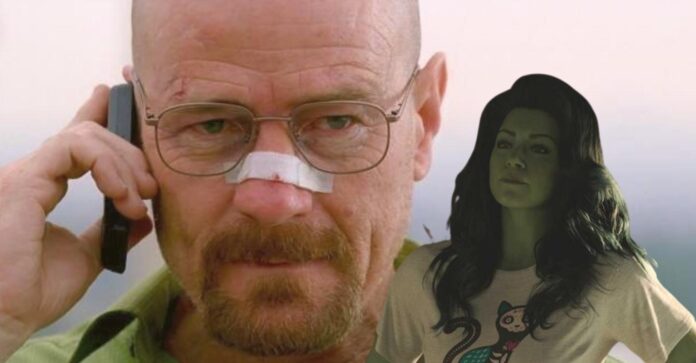 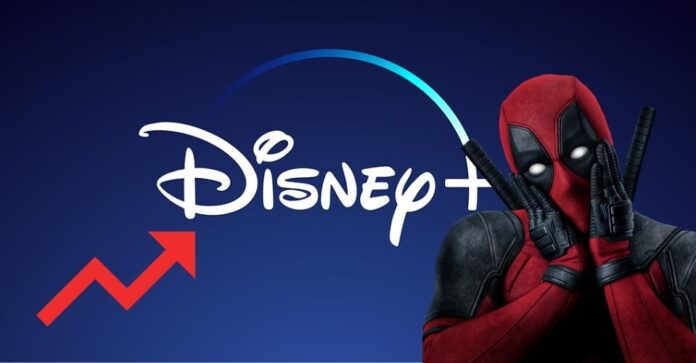