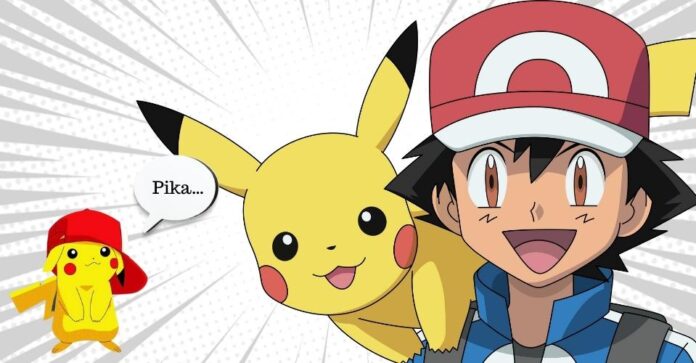 I clearly remember how much I enjoyed Pokemon as a kid. Like any other child at that age, Pokemon was a cartoon to me.

In the early 2000s, I came home from school, sat in front of the TV, tuned into Cartoon Network, and got lost in Pokemon.

Yep, with the school uniform and socks still on. I was so into it that I never realized being fed by my mother.

And that was just the beginning. The obsession with Pokemon didn’t stop there. I bought packets of chips, lollipops, trump cards, bubblegums, and everything bundled with pokemon cards and toys.

Pokemon was not the only anime I thought of as a cartoon. Cartoon Network also aired Dragon Ball Z, Digimon, Beyblade, and several other anime. And they were also cartoons to me.

In the late 2010s, I was introduced to the anime world and realized that they are anime, not cartoons. I also discovered what makes anime different from cartoons.

It is not new to us that Pokemon is one of the most merchandisable franchises in history. Be it trading card games, console games, smartphone games, goodies, live-action films, or television series. The Pokemon franchise is a force to reckon with.

Now let’s talk about the main topic at hand.

Is Pokemon an Anime or a Cartoon?

Pokemon is an anime. To explain why it is an anime, let’s look at the difference between an anime and a cartoon.

I have explained both the literal definition and modern-day definition. That will help you understand and categorize it yourself, rather than looking for someone else’s opinion on the internet.

What is an Anime?

Anime has two definitions, one for Japan and another for the rest of the world.

In Japan, anime is a term that comes from the word animation. That means anime includes all animated works, be it The Simpsons, BoJack Horseman, Dragon Ball, or One Piece.

Remember, they are all anime only in Japan.

For anyone outside Japan, anime is simply the animation produced and animated in Japan.

There are also quite a few distinctive features that differentiate it from cartoons, one of them being the human anatomy.

What is a Cartoon?

Just like anime, there are several meanings for cartoons. Cartoons are two-dimensional illustrations meant to be humorous and spread joy among the viewers.

Cartoons are seen in newspapers, magazines, websites, or anywhere you can fit a drawing. Then there are political cartoons that portray the sad state of politics.

While humour is the way to draw traditional cartoons, political cartoons cannot survive without satire. Because that is what makes a cartoon political in the first place.

Animation and cartoons were never the same. Just because the earlier animations shared the similar intent of portraying hilarious content, animations could not survive the ignorance and got categorized as cartoons.

Is Anime a Cartoon?

No, anime is not a cartoon. Let’s talk about why anime cannot be a cartoon.

If we go by definition, anime cannot be a cartoon because anime is animation, which means photographing successive drawings which give us an illusion of movement. While cartoons are two-dimensional illustrations.

And if we go by the modern-day definition of cartoons, anime is still not a cartoon. Because cartoons are targeted toward the children, be it, Powerpuff Girls, Dexter’s Laboratory, or any other popular Cartoon Network or Nickelodeon show.

Their target audience is mainly the kids. While anime is for all age groups and not just children.

The Difference Between Anime and Cartoon

There are tons of differences between anime and cartoons. Let’s take a look at the differences.

Anime is for all age groups. For the kids, there are anime like Pokemon, Doraemon, Beyblade, and Digimon.

While for teens and above, there are anime like Monster, Death Note, Attack on Titan, Babylon. Anime serves everyone, and anyone can find their comfort zone in this vast library of anime.

You might be thinking, what about The Simpsons, The Family Guy, BoJack Horseman, or Rick and Morty?

They might look like cartoons, but they are labelled as adult animated series, adult animation, or adult cartoons, targeted only toward the adults.

Most anime tackle life issues, the psychology of humans, the ugly side of human emotions, and other topics related to the existence of human beings.

Some anime have gore scenes that are too disturbing for a child to consume.

The monsters grind up humans in a mixer and drink them as a health drink, decapitation of heads using swords, and knives; gun violence, suicide, depression leading to homicide, manipulation, sexual content, and everything that depicts the reality of humankind and its society. Anime portrays it all.

While cartoons make the audience laugh and lighten up their mood.

Gun violence, suicide, and topics like homicide have no place in the world of cartoons. Those topics are present in adult animations, but not even adult animations dig too deep into such themes.

However, adult animations these days seem to break the stereotypes. That is good news if you appreciate the medium of animation, regardless of an anime or a cartoon.

When it comes to human anatomy, nothing comes close to anime.

While not every anime follows the human anatomy from head to toe due to the character designs and the genre differences, most anime that portrays a theme related to real-life is unbeatable when it comes to anatomy.

A single strand of hair can make your jaw drop. That’s how beautifully drawn they are.

While in cartoons, the art style is nowhere close to human anatomy. And understandably so.

Their objective is to make their audience laugh with their designs and movements. A light-hearted entertainment from the very beginning till the end.

Cartoons originated from western countries like Britain and America, while anime originated in Japan. And their origin has quite a lot of impact on both anime and cartoons.

From their art style to their way of storytelling, their roots are visible.

Both anime and cartoons proudly flaunt their strengths and don’t shy away from taking the risk to make a difference through their works.

Divided by nations, united by creativity.

An anime has an average runtime of (20-23) mins, and most of them have plot continuity.

There are episodic anime too. But these individual incidents converge towards the end of the run for a proper conclusion.

A cartoon averages between (10-30) minutes of runtime. And cartoons are mainly episodic. The event of one episode does not affect the other one. But, there are exceptions too.

Is Pokemon an Anime?

Yes, Pokemon is an anime. The reason is pretty simple. The Pokemon series is produced and animated in Japan.

As discussed earlier, animation produced and animated in Japan is known as anime. Besides that, Pokemon also has distinctive features of anime. Its art style also makes it quite different from a cartoon series.

Is Pokemon GO an Anime?

No, Pokemon GO is not an anime. Pokemon GO is an Augmented Reality (AR) Mobile Game that uses GPS to create a virtual world to catch Pokemon, go to Pokemon Gyms, battle with other trainers, and do things that you have watched the Pokemon trainers in anime do.

Pokemon GO was released in 2016 in collaboration with Niantic, Nintendo, and The Pokemon Company. The game is available on Google Play Store for Android and App Store for iOS.

Why Do People Confuse Pokemon For Cartoons/Anime?

Pokemon is often considered a cartoon because it used to air on Kids’ WB in the United States, Cartoon Network in India, and Pakistan.

While other South Asian countries aired Pokemon on Disney channels. These channels were known for airing cartoons. And that categorized Pokemon as one of the cartoons rather than an anime.

The first impression was so strong that Pokemon is still considered a cartoon by many. But in reality, it is an anime because Pokemon is produced and animated in Japan.

Is Pokemon an American anime?

Pokemon is still considered an American anime by some because of its localization. Several real-world locations of the United States are present in the Pokemon anime, especially the New York Metropolitan Area (Unova) and Hawaii (Alola).

Besides that, Pokemon regions also display diversity by portraying places like Italy, France, and Britain. Japan is the obvious one among them.

Is Pokémon an Anime or Game?

Pokemon is a Japanese media franchise. The first product of the Pokemon franchise was the video game Pokemon Red and Blue released in 1996.

The video game encouraged an anime television series of the franchise in 1997 titled Pokemon (Pocket Monsters in Japan).

Was Pokémon an Anime or Game first?

The Pokemon video game was the first-ever product of the franchise. The first Pokemon RPG was released in 1996, titled Pocket Monsters: Red and Green (Pokémon Red and Blue – outside Japan).

And after a year of its release, the video game paved the way for an anime television series titled Pocket Monsters (Pokemon – outside Japan) in 1997.

At the end of the day, it does not matter if Pokemon is an anime or a cartoon. Either of those being the case wouldn’t have changed the fact of how much we enjoyed it during our childhood, and how much we still enjoy Pokemon.

Evergreen in its true essence, Pokemon is a franchise that rules the hearts of millions, if not billions.

I hope you’ve found the answer you were looking for and see you again with another interesting topic.

Do visit averagebeing.com for more awesome anime content and leave us your feedback on our Instagram handle here. 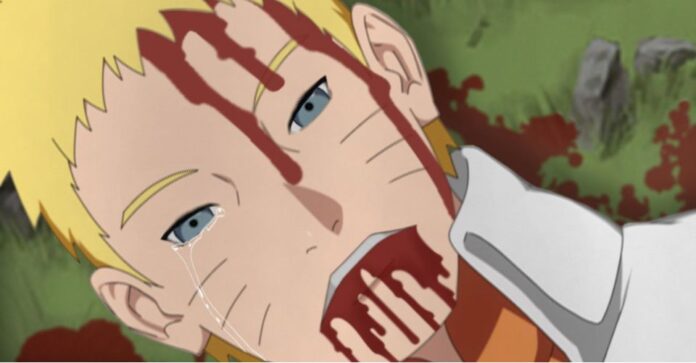 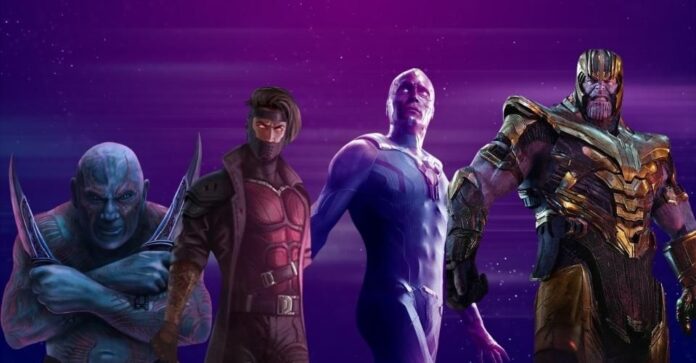 Disney+ & Other Streaming Services Capitalize On Japan’s Audiences By Investing...