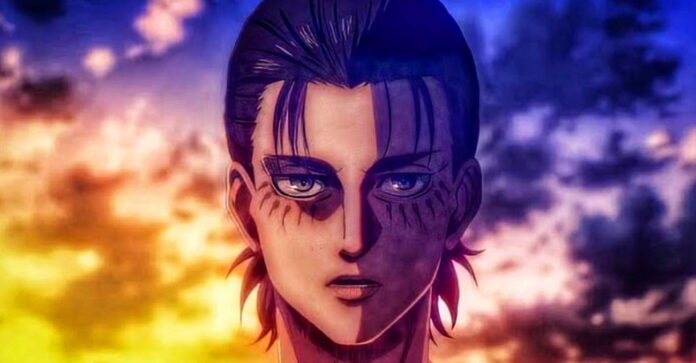 With Attack on Titan Final Season coming up, Anime fans were left with numerous questions. The two most haunted ones of them are, Is Eren evil, and is he a good guy or a bad one?

Due to the complexity of Eren Jaeger’s character, It isn’t possible to just write him off as a good guy or a bad one but we have a solution for anyone looking into Eren’s personality.

So, Can Eren really fall into one of these categories? If you are interested then keep reading.

Today, We are counting down 12 reasons to support either side of the statement. This lets you decide what kind of a person Eren is and why he changed from being a protagonist to the world’s common enemy.

Disclaimer: The images used belong to the respective owners and we are not claiming them to be our own.

Reasons That Show The Good Side Of Eren

Right from the start, Eren isn’t like all the others.

Eren felt like he’s chained inside Paradis. He truly wanted to go beyond the walls into the sea but due to the massive man-eating Titans, He couldn’t do anything at that time.

Another mystery in his life is the basement. Eren was given the key which opens unknown secrets in his basement.

For years, He wondered what that would be?

As kids, Eren and Armin always wanted to go beyond the sea.

Even when he’s a helpless child, Eren Jaeger strived for freedom, and what started as a foolish childhood dream led him down the path of destruction.

Due to the military nation of Marley, The people of Paradis suffered for decades.

Even after becoming a Titan himself, Eren didn’t lose the bigger picture.

He wanted to save everyone as he always dreamt of.

Eren hated the government officials responsible for the demise of many innocent people in Paradis.

If it wasn’t for Eren, Zeke’s plan would be executed fruitfully but it was Eren who got in his way.

With so much power in his hands, The one thing that stands between Paradis Island and it’s destruction is Eren Jaeger.

#4 Decided To Exterminate All Titans

Every child loves their mother but during the Shiganshina arc, The Colossal Titan broke into Shiganshina.

Eren’s mom, Carla was eaten and torn into pieces right before his eyes.

Her mother even asked Eren and Mikasa to leave, as there the situation is completely out of their hands.

The poor kid was traumatized by this incident and couldn’t do anything but escape.

This is another strong reason why Eren joined the military at 15 years of age.

Even before his tragic past, Eren hated Titans but after seeing his mother’s death, Eren swore to exterminate all Titans.

He worked day in day out to make himself a reliable soldier of the Survey Corps and finally made it into the military.

As time passes his determination to exterminate Titans has grown with him.

#3 Learns The Truth About Outside World

When Eren learned the truth about the outside world, Even we as fans were shocked to the core.

The dangerous man-eating titans were indeed sent by the people of Marley.

He also came to know about Marleyans cruel experiments on the subjects of Ymir regardless of their age, and gender.

Eren was the first person to realize that in the coming future, The entire world would unite against Paradis.

He was the one who suggested striking first but we all know how that went.

#2 Was Always Ready To Sacrifice

Being a hero always comes with a price and Eren Jaeger was happy to put his life on the line.

Initially, Eren wanted to really look into another way of saving his people but after he got to know that the whole world believes Paradis as demons, He was left with no choice.

Eren intentionally attacked Marley which made the military country declare war against Paradis but it was Eren who will take the blame.

With all the forces of the world uniting against a common enemy, Eren thought his people would be at peace once he made his move.

After reading the manga, This is truly the direction Attack on Titan anime is going.

#1 Allowed Armin and Others To Play Hero

Armin and Eren share a special bond. It was because of Eren, Levi was convinced to give the life-saving serum to Armin.

Eren literally begged Captain Levi that it was Armin who is going to save this world.

After painting himself as the antagonist, Eren sets up everything to make his friends look like heroes to the world.

This includes Armin and his other comrades in the military corps.

Once the rumbling is done, The world’s forces will unite together to defeat Eren and in turn portray the people of Paradis as saviors.

Reasons That Show The Evil Side Of Eren

Never have I ever thought Eren would hurt his friends. Honestly, The incident with Mikasa and Armin made everyone pretty mad.

Apart from that face-off, The potato girl aka Sasha’s death was heart-wrenching but what Eren did was unacceptable.

While all his friends mourn for her loss, Eren was seen laughing at her funeral.

When he attacked Marley, He never really thought of his friends’ lives, Instead, he used them as a distraction.

Until the third season of Attack On Titan, We have never seen Eren act so bluntly. This is because he made up his mind to act on his own.

This is by far the most terrible thing Eren has ever done as a Titan.

When he attacked the auditorium in Marley, He not only killed the officials but also several innocent people who has nothing to do with it.

After the Battle of Shiganshina District arc, This is the most brutal thing we have seen in the series as Eren saw it as collateral damage.

Even someone as cold-hearted as Mikasa Ackerman was shocked by Eren’s deeds.

No matter what your goal is killing innocent bystanders is just not the way.

This is the one thing that made Eren who he is today.

As a descendant of the founding titan, When Eren made contact with Historia who has royal blood, Eren saw things that would happen in the future.

Though he didn’t really believe that it was the only way out, Eren was proven wrong on multiple occasions.

Even with all his friends, Eren was helpless and we saw him change from a kind-hearted kid to a cold-blooded monster whom you couldn’t trust.

#3 Lost Faith In A Peaceful Solution

After looking into the future, Eren really wanted to change that and thought of several ideas.

At first, Eren wanted to have a calm solution but all that changed when his plans to be thoughtful were crushed by the events occurring in the world.

Having seen the future himself, Eren was left with no choice but to take things into his own hands.

Instead of a solution that benefits both sides, Eren became a monster and decided to save his friends even if it means killing the whole world.

Maybe if he would explain things clearly and given it more time, His comrades would have come up with something but Eren believed his gut losing all faith in a peaceful solution.

This is definitely a surprise to the whole Attack on Titan fandome.

Right when we were truly convinced that Zeke was the final big bad, He turned out to be Eren’s half-brother.

When Eren secretly met Zeke, Many shocking things were revealed but the one thing that shocked all of us is his ideology.

Zeke proved to be the complete opposite of Eren as they not only share a blood bond but also different approaches to saving the world.

While Zeke was ready to sacrifice his own people for the greater good, Eren would do anything to protect his friends even if it means butchering the whole world.

If we look back, Eren used to be a naive kid who is easily manipulated by others but after meeting Zeke, Eren became the boss.

It is no doubt that some of Zeke’s personality was digested into Eren but seeing Eren call the shots is a massive change.

After losing his mother, Eren was brought out of the tragedy by his friends but as time passes he came to know that the very people who fought beside him were his enemies.

The shocking reveal of Annie as The Female Titan, Reiner as The Armored Titan, and Bertholdt as The Colossal Titan drove Eren insane.

Someone of his age sure is level-headed to some extent but after learning his future and the world’s perspective on Paradis, Eren wanted to do something on his own.

As a Titan, He knew his life was coming to an end. But digesting so many things at once made him struggle to keep up with his humanity.

The result, He became the very thing he swore to destroy.

What Is Eren’s True Goal

From Attack On Titan anime, We are now convinced that Eren is turning into an antagonist.

Though many fans support Eren, Committing genocide is never acceptable. No matter what your objectives are killing innocent children isn’t right.

But all this doesn’t concern Eren anymore, As he accepted his fate and acted upon it.

In the manga chapter 121, Eren said, “Even since I was born, I have always been this way.”

This proves Eren absolutely believes this is the only way to save his people and he doesn’t back down even if people were caught up in between.

The story of Attack on Titan is a complex one but we did our best to point out all the good and bad deeds Eren has done in his journey.

With all that out of our way, Let’s get into the real deal.

Is Eren Good Or Bad?

While some think Eren is a hero, Many fans consider Eren to be a victim of the series of events that occurred in Marley and Paradis but Eren truly is a good guy who turned bad to protect his people.

This is a bit complex to explain, but if you ask what Eren is doing is right then the answer is “No.”

Morally speaking, Even all his actions to save Paradis may be true but the atrocities he committed cannot be justified.

Eren is far from being a traditional hero and is indeed a villain which is what he truly wants the world to think.

What do you think of Eren? Did you get the answer to what you’re looking for? 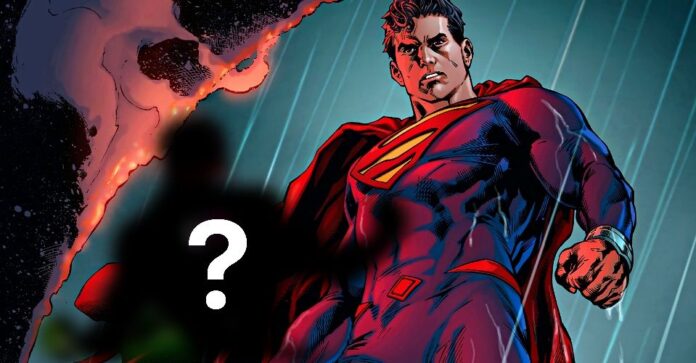 Moon Knight: 15 Crazy Powers and Abilities You Should Know