The superhero genre is the most trending genre in the mainstream media, as it has given us some larger-than-life superheroes like Superman, Batman, Ironman, Thor, Captain America, and Spiderman.

But there are many exceptions in comics, and the publishers sometimes try to keep us in the dark about them. These superpowers and superheroes’ ideas are either bizarre or idiotic to come up on the pages of comics.

There are many comic book series and manga series where traditional comic book superheroes are satirized. We are talking about the two most famous series: One Punch Man and The Boys. But sadly, our list will not feature such characters created for satirical or parodical purposes.

This listicle will focus on the top 10 superheroes from the comics with the dumbest superpowers.

A surprise appearance on our list is the head of Marvel’s first superhero family, Mr. Fantastic. We do not hold any grudges against him, but his superpower of elasticity has not helped him in most battles.

Though Mr. Fantastic is one of the most brilliant minds in the comics, he would easily be defeated if not for his intellect and other family members’ powers.

Reed Richards has appeared many times in Marvel Movies, TV series, and cartoon shows, and John Krasinski is the most recent actor to play the role of the Smartest Man in the Marvel Universe. The Plastic Man from DC comics has almost the same abilities, but he can utilize his super powers more accurately than the leader of the Fantastic Four.

Peter Quill, aka, Star-Lord, is not fascinating as a superhero. Though he is a great tactician, his powers are nothing compared to the other cosmic threats. Star-Lord is no-match against any threat without the Guardians of the Galaxy team, which includes Adam Warlock, Groot, Phylla-Vell, Gamora, and others.

James Gunn changed Peter’s origin and character design in Marvel Cinematic Universe, and ever since, the character has received a lot of love from movie fans. Chris Pratt’s excellent comedy sense has taken the character to a new level, and comics have started adapting Pratt’s version of Star-Lord.

Being an immortal like Deadpool and Wolverine does seem cool every time. We are talking about another ridiculous character named Mr. Immortal from Marvel Comics. He is the founder of the Great Lakes Avengers.

As his name suggests, he is immortal without possessing any other ability. He is the only member of a species called Homo Supreme. He can’t die no matter how hard anyone tries—another good-for-nothing superpower of a superhero who finds glory in being a punching bag.

Skateman was a surprising superhero from a single-issue comic by the legendary Neal Adams. This series is most notorious for its creator, as Neal Adams’ purpose behind this bizarre creation is always questioned. This curiosity has played a major role in this comic being sold.

Billy Moon took on the superhero identity of Skateman to take revenge for his best friend’s death. Though he is a war veteran and Martial Art expert, he took his skateboard to fight against a criminal biker gang.

The book was so ridiculous that it received the title of the worst comics of the previous 25 years by Kitchen Sink Press’ World’s Worst Comics Awards.

Minoru Mineta, aka Grape Juice, is a superhero with little intelligence. Though he is one of the prominent characters in My Hero Academia, the usability of his superhero skills has almost no purpose in the storyline.

Mineta is a comic relief character, mainly described as a pervert. He is very much attracted to his fellow girl superheroes and often gets a nosebleed by seeing them in a bikini or the cheerleaders’ costumes. His quirk allows him to grow adhesive balls on top of his head, and he uses those in battles to stop enemies.

His broken skill also has a major drawback; the excessive plucking of those balls from his head causes bleeding. Ryō Hirohashi voices Mineta in the original anime, and Brina Palencia gives her voice for this character in the English-dubbed version.

Rainbow Girl is a character from DC Comics. Her character is one of the rudest mood-swinger in the comics.

A citizen from planet Xolnar, Dori Aandraison, wanted to become a member of the Legion of Super-Heroes and have a renowned actress career. She somehow managed to win a trip to Metropolis and participate in the Miss Xolnar contest by using her ability to make herself irresistible to everyone by emitting a field of light that looked like a rainbow.

Her arrogance even sometimes makes the readers angry. Despite winning the contest, she failed to join the team and became a Legion of Substitute Heroes member. She looked down upon her team as she thought that the team was out of her league.

Telephone repairman AG Bell came across an alien technology when he went to a client’s home to repair his telephone. Bell took that alien phone and merged the technology with his homemade superhero costume. His skills are worthless as they allow him to connect with any phone line and other things smartphones can easily do nowadays.

Phone Ranger became a short-lived superhero as he was shot dead by the Scourge of the Underworld. But he somehow survived his death and reappeared in the Civil War storyline.

Marvel did some massive experiments with their vast amount of characters, and some of them went wrong. Jazz is one of them, as he has no superpowers. He is just a mutant with blue skin.

John Arthur Zander was from Wisconsin’s German immigrant family with a conservative background. He left his high school studies at 16 and headed to New York to fulfill his dream of becoming a renowned rapper. But he was not good at it, as he ended up becoming a part-time drug dealer.

Despite being a disappointing character, he appeared in some major story arcs like District X and ‘M-Day and the 198’. His disappointing comic book spell ended after getting killed at the hands of Johnny Dee. But Marvel did not give up, as his all-new and more successful character was introduced as a famous rapper in the House of M storyline.

There are too many Legion rejects on our list, and Arm-Fall-Off-Boy is another superhero who falls under that category.

This broken superhero’s ability is his detachable limbs, which he can use as a blunt weapon to beat up his enemies. He gained his powers while holding the anti-gravity metal Element 152 carelessly. This bizarre superhero debuted as the first reject in the Legion tryout.

But James Gunn was on a different level as he gave Arm-Fall-Off-Boy his first live-action appearance in the 2021 movie of Suicide Squad. Nathan Fillion made a brief cameo as Arm-Fall-Off-Boy in this dark comedy movie.

The first rank holder on our list is DC Comics’ one of the worst superheroes, Friendly Fire. His appearance sometimes seems pointless in the comics.

Friendly Fire is a member of Section 8, a bunch of dysfunctional superheroes led by another good-for-nothing superhero, Six Pack.

Friendly Fire’s superpower allows him to shoot fire bolts out of his hands. But the worst part is that he has no control over it. He has a delusional idea that he could be a superhero.

His out-of-control superpower cannot hit the target, and his alleys come under threat as it always hits them. This wanna-be superhero’s journey ended when he mistakenly blasted off his own head. This scene left a dark-comedic effect on the readers.

Though we know that some of our choices may disappoint you, this list has focused on those who cannot use their powers properly or just aren’t useful. Some of our heroes also lack the motivation of a superhero. If any fictional character has missed out, he still can pop up on our honorable mentions segment.

11 Weakest Superheroes Who Can’t Do Shit

Now, we have reached the climax of our list, but a few questions have remained unanswered. So, we are going to answer them in this section.

Who Is the Lamest Superhero?

In our opinion, Friendly Fire from DC Comics is the lamest superhero, but if you read The Boys Comic book, you can find lots of them.

Who Is the Weirdest Superhero?

Arm-Fall-Off-Boy is the weirdest superhero, but we also love to mention Love Sausage from The Boys comic book series.

Who Is the Stupidest DC Character?

Friendly Fire is assumably the stupidest superhero in DC Universe.

Who Is the Stupidest Marvel Character?

Hindsight Lad and The Leather Boy are the stupidest Marvel characters.

Who Is the Least Powerful Superhero?

Jazz and Hindsight Lad are the least powerful superheroes on our list.

Who Is the Least Intelligent Superhero?

Our vote goes for Soldier Boy from The Boys comic book series.

That’s all for today folks! Which superhero power do you think is dumb?

Let us know it all on our Instagram page here, and visit averagebeing.com for more awesome superhero content. 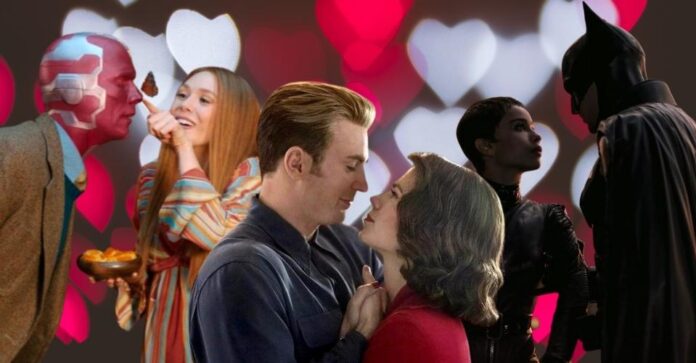 20 Best Anime Where MC Is A Demon Lord

11 Most Powerful Justice Society Of America (JSA) Members Of All...