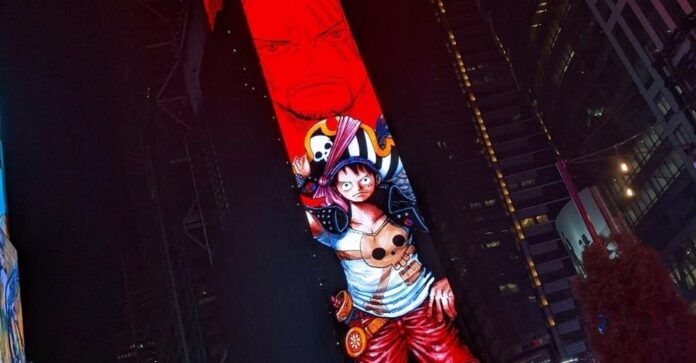 It seems that the Straw Hat crew’s latest adventure will prove to be a heavy burden at the U.S. Box Office. After the New York Comic Con premiere, the fever was felt all over the reputed Times Square. Well, it will definitely have a better turnout than Don’t Worry Darling.

One Piece Film: Red is out! In North America, a 2-minute looping animation was played for roughly an hour as thousands of Pedestrians gazed at the video featuring Luffy and his Nakama that is the Straw-Hat pirates. The animation clip also paid tribute to the Great Whitebeard.

Look at the joy emanating from the masses. That’s what true love and dedication to art resemble. There were so many wanted posters displayed simultaneously on a multitude of screens.

You can see Shanks in all his glory via this tweet. Shanks uses his Haki in the movie, and many fans went berserk inside cinema halls when they witnessed the Red Spectacle in full force.

One Piece Film: Red has been released in over 170 theatres in India. It shall compete against homegrown hits like Kantara, and Godfather. Japanese and Hindi dubbing is available for the movie, so remember, guys, flock to the theatres but don’t risk a stampede!

The ticket booking has gotten off to a good start! As you can see from the tweet mentioned above, several halls at Chennai and Kochi are close to going housefull. Similar results are expected in all metropolitan regions. When Jujutsu Kaisen 0 was unleashed earlier this year, it beat Om and other movies at the Box Office and even performed well in Patna and lesser-known areas. Expect something a lot bigger than that since One Piece has been around for decades.

After licensing the movie, this is how PVR Pictures presented the plot to the audiences, “The story takes place on an island where Uta, the world’s most popular diva, performs for the first time in public. Uta’s voice, with which she sings while hiding her true identity, has been described as “otherworldly.”

The October release in North America and India came just two months after the film reigned supreme at the Japanese Box Office and smashed multiple records. It is this year’s highest-grossing film in the home nation. Even though the story is in a grey area (somewhere between canon and non-canon), Eiichiro Oda was consulted for this project. He even made a bounty poster featuring Uta not too long ago to celebrate the film’s resounding success.

Have you booked your tickets for One Piece Film: Red yet? Don’t wait too long. You never know what you’ve got until it’s gone. Check out the latest show at your nearest theatre ASAP, and don’t forget to share the news with your squad. 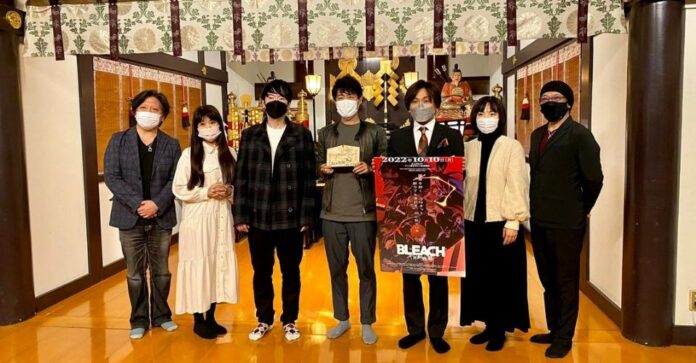 Bleach: TYBW Crew Visits A Temple To Pray For The Anime Success
Next article 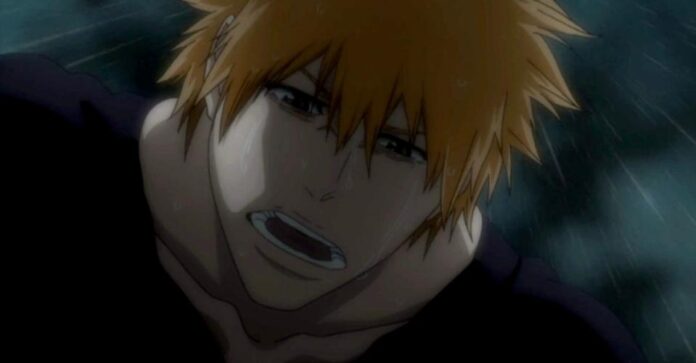