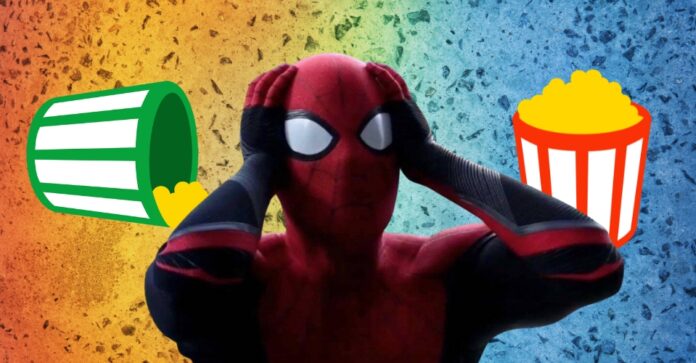 Marvel is known for many things. One key factor for their success is satisfying both critics and the audience. While DC failed to get on the good side of critics, Most of these specialists favor the MCU.

Maybe critic scores don’t matter as much, but the audience score definitely decides the project. At least in most cases. So today, we will decode everything and see how satisfied the audience is with the MCU.

Note: We considered Rotten Tomato scores for this case study as they are the most trending ones these days. Also, We aren’t sponsored or affiliated with any review systems.

If we look back at it all, Marvel Studio’s Iron Man is still considered to be one of the best movies Marvel has ever created, but they developed a unique concept of a shared universe.

Later, The iconic shared universe turned into Marvel Cinematic Universe, aka the MCU. They introduced different superheroes of Marvel Comics and gave them solo films to develop their respective characters. Ultimately, all these movies tease a more significant threat, and they have to team up to overcome that obstacle. That was Phase I’s true purpose.

The story, which began at the end of Phase I, got momentum in Phase II and concluded in Phase III with Thanos’s death. In this whole process, many superheroes joined the MCU one by one and assembled a big team of superheroes called The Avengers.

Marvel studios primarily focussed on developing characters without changing the actors every year, giving the audience that connection and complete knowledge about every superhero. But in this MCU journey, Not every film is super good.

The Marvel Cinematic Universe debuted with the Ironman film, but there was little indication of what was coming next until The Incredible Hulk’s post-credit scene hit the screen. From that film, Marvel Studios’ primary focus is delivering the Avengers film.

If we calculate the audience score from Rotten Tomatoes, Iron Man had a massive positive response from the audience. Then the numbers dropped with other Phase I films until The Avengers hit the theatres in 2012.

In general, the average audience score of the entire Phase I films is around 79% which is quite decent for a new cinematic experiment.

But in Phase II, Marvel Studios explored more galactic superheroes. As usual, this Phase began with the last Iron Man solo film with a decent audience score of 78%. But their previous audience score record broke when Captain America: The Winter Soldier hit the big screen and gained 92%, which also maintained the same score as the Guardians of the Galaxy film.

Then came Thor: The Dark World, with the lowest audience score of 75% in this particular Phase. But the second Avengers installment in Phase II hasn’t received the same love as its predecessor, as it scored 82% on Rotten Tomatoes.

As expected, the Phase II films had quite a consistent audience score compared to the previous one. Their average audience score also increased to 84% with 6 films in this Phase.

Phase III is still the best MCU Phase, with almost 3 massive team-up films, which also surpassed the audiences’ expectations. They started the Phase III journey with Captain America: Civil War, where all the prominent superheroes faced off against each other, and it gained a score of 89%.

The two biggest films in the world of cinema arrived in this Phase with an audience score of 91% and 90%, respectively. Like most people, Avengers: Infinity War is a better story for me than Avengers: Endgame, but the least-liked Marvel film punctured Phase III a bit.

Despite having big numbers, Captain Marvel has one of the worst audience scores among Marvel films, second only to the most controversial She-Hulk series.

Many consider that this absurd number came because of the connection with Infinity War and multiple controversial quotes from Brie Larson’s side, which did not please Marvel fans.

With all 11 films in Phase III, the average score came around 83%, indicating that Phase III just missed out on Phase II. Another fun fact to consider is that the film with the best audience score here is not any Avengers or team-up film; instead, It is Spiderman: Far from Home – 95% audience score with more than 50,000 votes on Rotten Tomatoes.

Speaking plotwise, Phase IV has a kind of anti-climatic situation. Sure, We can probably see if it reflects on the audience score, but Phase IV’s first film, Black Widow, started with a more than impressive 91% of audience score even after a late OTT release and many controversies.

The lowest score in Phase IV goes to two films’ massive projects, Eternals and Thor: Love and Thunder, with a 77% audience score for both movies.

Most of the criticism came because of fewer runtimes and poor storytelling, and thankfully, Marvel dropped a banger everyone loves. Kevin Feige just blew away everyone with Spiderman: No Way Home, one of the only two MCU films with a 98% audience score.

The reason for the 98% audience score is pretty simple. It featured all the previous cinematic versions of Spiderman (Better take some notes, DC execs).

Shang-Chi and the Legends of the Ten Rings, which featured the first Asian American superhero in the MCU, has the exact score of 98% as our friendly neighborhood spiderman’s latest solo MCU film.

On average, all 7 Phase IV films score 89%, which is surprisingly better than all the previous phases despite a lot of criticism. Well, Most of the backlash is for the cringe, not-so-connected stories, but a few Disney+ series are to be blamed, which we will discuss below.

Rotten Tomatoes is considered one of the most popular, trusted websites measuring entertainment quality. But sometimes, their Tomatometer score needs to give the proper movie ratings. Our study has showcased the negative aspect of this platform as well, where the audience has something else to say after watching a film.

20 Most Powerful Marvel Characters Of All Time (Ranked)

Audience Score Of All Marvel Series On Disney Plus

With Phase IV, Marvel also introduced something innovative called Disney Plus exclusives. They started creating these T.V. series, where all the superheroes from Marvel movies will feature with new superheroes without losing the continuity.

WandaVision is the first Disney Plus series that was quite experimental but did win the fans’ hearts with an 88% Rotten Tomatoes audience score.
They did pretty well with those series except She-Hulk: Attorney at Law, which blew back in their faces.

Yes, She-Hulk was an awkward experiment of Marvel, which does not fit with Marvel’s style. But the best series among these is Marvel’s What If…? with an audience score of 93% on Rotten Tomatoes.

If you are wondering, The best live-action Disney Plus series is Loki, with a 90% audience score. The show is also one of the prime and successful manifestations of Marvel’s Multiverse idea.

The average audience score for all the Disney Plus series comes to 81%, which is only next to Phase I. This proves that Phase IV is actually a decent one, but a few Disney+ series messed it up.

As per the critic’s reviews on Rotten Tomatoes, the best film is Black Panther, with a 96% critic score. They see Eternals as the worst Marvel film, with a 47% score.

If we discuss the critic scores phase-wise, it looks like the following:

If we discuss the audience scores phase-wise, it looks like the following:

Contrary to popular belief, The audience score of Marvel’s Phase IV is actually higher than all others, but it is quite clear that Phase IV hasn’t pleased the audience as much as they expected. On the other hand, the critic score has fallen by 5.59% from Phase III to Phase IV.

As per general audiences reactions, a Marvel movie with around 80-84% audience score is satisfactory. The films, which are over 87% score, came out as huge crowd pleasers.

If we calculate the major team-up movies, the average is around 90.16%. Not only does this involve more capital, but the number also shows that Marvel needs to hit massive expectations, as these films need to be over 85% every time. So, On average, for a Marvel film to be a huge success, The movie needs more than 85% critic score on Rotten Tomatoes.

Despite a lot of criticism, the audience score on average has increased over the years. If we discuss phase-wise over the years, audience satisfaction is growing every year, as the difference between Phase III and Phase IV average score is 2%.

This study reflects the fact that audience expectations have grown quite a lot, and Kevin needs to find something new to please the crowd. Overall, all 4 Marvel phase scores put an average audience score of 82.50%, which can be troublesome for a giant movie-pushing studio with relatively high success as Marvel.

Breaking Down Marvel’s Disney Plus Series

Phase IV introduces the Multiverse saga, almost similar to Phase I. However, Marvel needs to be more innovative to attract audiences, and most people definitely do not enjoy experiments like She-Hulk.

There are a lot of rumors that the next Avengers film will feature all of the Fox Universe’s X-Men and other Marvel superheroes from different studios, which keeps the fans excited for what is to come in the upcoming projects. Introducing Mutants and Fantastic Four will add more spice to the excitement.

I hope you enjoyed this thorough study of MCU and got an idea of how satisfied the audience is with the content.

Well, What do you think of the rising expectations of the MCU? Can they reinvent themselves?

Let us know it all in the comments below, and visit averagebeing.com for more awesome case studies. 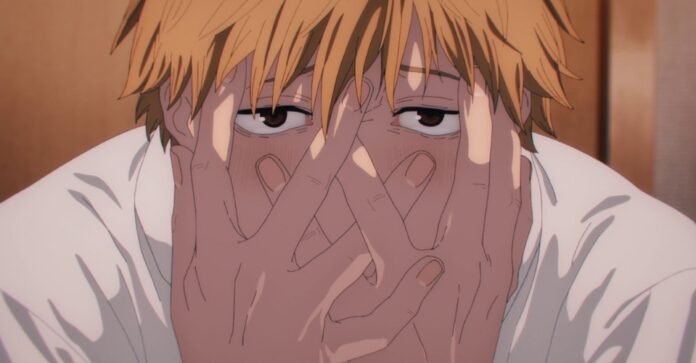 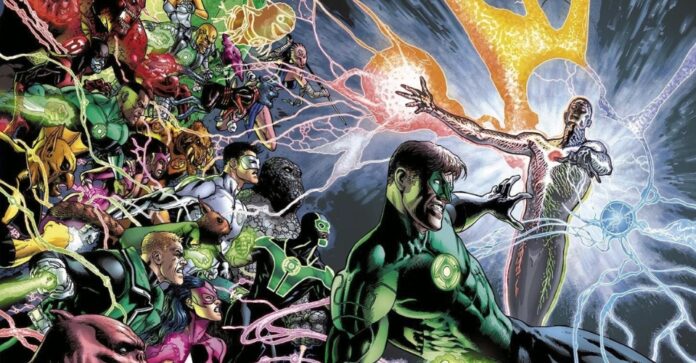