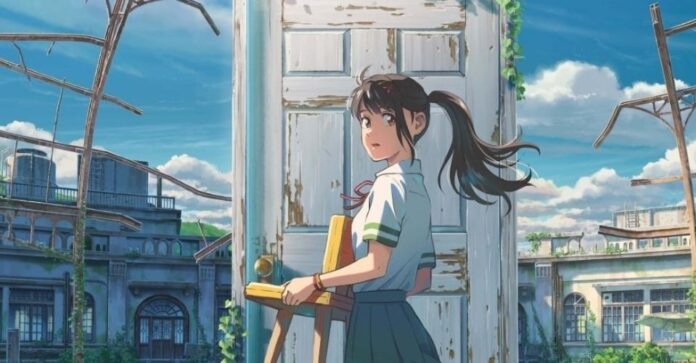 The breathtaking fantasy film teetering with elements of magical realism will soon be released in theatres (starting from the ones in Japan, of course). CoMix Wave Films is the production company commonly associated with Makoto Shinkai’s ventures. So, What to expect in Makoto Shinkai’s next film?

Due to the COVID-19 pandemic, production was delayed. That terrible period influenced the filmmaker’s mood, affecting the script’s very nature. Storyboards were drawn and compiled by December 2021.

In this trailer, we see Suzume Iwato cycling past a gentleman in a desolate area of Kyushu. The man stops to ask her if she is aware of a door nearby. Suzume looks for the door and reaches a ramshackle house in the mountains with a door in the middle. She pulls the door open.

Inside her class, she notices several disturbances that seem out of place. She believes that the world is falling apart primarily because of her actions. The two try their best to close that particular door. The man Sota Munakata explains to her that the doors will pop up in remote, forgotten areas and unleash hell upon these places.

The two then meet a cat who reaches the window at Suzumes house. The cat says it loves Suzume and utters a scornful phrase in the direction of Sota. You are in the way. Sota then turns into a wooden chair. Confused by his predicament, he chases after the cat with a black patch over its left eye. Suzume also runs after him, although Sota says he wouldn’t need her assistance.

We see children playing with the bumpy, moving chair and a different woman who is surprised to learn that Suzume came all the way from Kyushu to search for a cat. The cat then appears in a different frame and states that many people will die soon. Suzume catches up to Sota as he falls into a river, and the two soars high up. The chair then freezes, and Sota begs her to close the door as the cat looks on menacingly.

The next frame shows Hitsujiro Munakata (who may be Sotas father or grandpa), who says that Sota has failed and asks Suzume if she’s afraid. The girl replies, stating that she doesn’t want to live in a world where Sota doesn’t exist. She goes on a journey to rescue the gentleman and is aided by various people.

The movie is scheduled to release on 11th November this year. RADWIMPS is returning to perform many of the tracks included in the film, and they’ll be collaborating with esteemed composer Kazuma Jinnouchi.

Nanaoka Hara was selected without prior experience in voice acting by the director Makoto Shinkai himself from a crowd of over 1600 people who had gathered to audition. Hokuto Matsumura will voice Sota Munakatas’s character, which feels unique compared to the others in Shinkai’s previous works.

So what do you think about the new trailer? Does it increase your interest in the project, or has the pressure cooker been whistling for a while now? Let us know how you feel in the comments section, and the averagebeing crew will try and address your concerns. 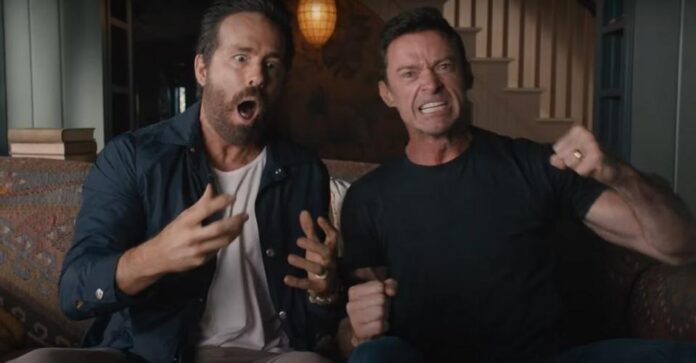 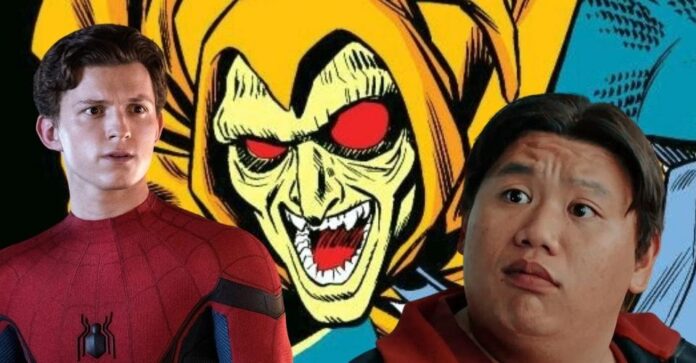 Batalon’s Recent Comments Hit An Evil Ned Vs. Spider-Man Face-Off In The Future

Not Everyone Is Happy With Makoto Shinkai’s Latest Film: Suzume No...