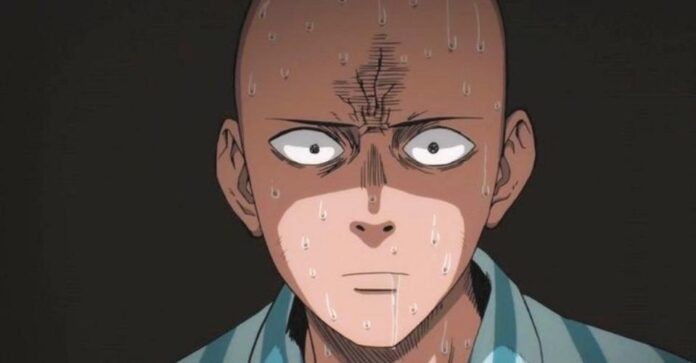 What Do Sauce Mean In Anime (Explained)

No, this isn’t someone asking for the sauce or its recipe in a restaurant. This sauce is used in the anime community to know about the source of a video clip or an image posted on social media platforms like Instagram, Twitter, Reddit. etc.

With 30 to 40 new anime coming out every three months of an anime season, it is expected for the anime community to ask for the source or names of an anime after a video clip or a screenshot piques their interest.

Instead of asking “what is the name of the anime?” in the comment section, you can type the word “sauce” and get the same answer as the question.

However, it was not present from the very beginning. The word sauce came into existence in the early 2000s through a chain of incidents, that we will discuss in this article. So, if you are interested in its origin and how it came into existence, let’s dive right in without wasting any time.

What Does Sauce In Anime Mean?

Sauce in anime is slang for the term “Source”.

And, you are not the only one to get confused. Anyone new in this community gets confused at least once.

You either end up replying “Why are you asking for sauce?” / “What does it mean by sauce?”, or you wait for the replies under that comment to not embarrass yourself as an amateur weeb, which is fine.

However, these days with the introduction of reels in recent years, the word sauce has been used way too frequently on the anime reels where short video clips of a particular show(s) are uploaded. Then the comment section gets flooded with sauce, which means they are asking for the anime’s name or the source.

Now, you might be thinking, how did the word source become sauce?

Why Is It Called Sauce?

And how often have we seen a meme become historical overnight?

In Ghost in the Shell: Stand Alone Complex (2002), the word “sauce” was used as a pun instead of “source” as they have similar pronunciations in Japanese.

And someone on the internet thought, why not use the word “sauce” instead of “source”? Just like that, here we are, replacing s-our-ce with s-au-ce and making it into slang.

But how and where did it originate? Who was the creator of this EPIC trend?

Are Tom And Jerry Best Friends? (& Other Mysteries Revealed)

Origin Of Sauce Slang In Anime

In Episode 9 titled “Chat! Chat! Chat!” of Ghost in the Shell: Stand Alone Complex (2002), the dialogue exchange between two characters was the birthplace of the word “sauce” which was used as a pun in the conversation instead of the word “source”. Right at 6 mins 15 secs of Episode 9, the legendary dialogue was delivered.

If you casually enjoy an anime, you will think about how cheeky it was and forget about it the next second. But, a creator named Moot on 4chan couldn’t ignore it.

Most of the people on 4chan used to ask about anything’s source by typing “Source”, which is normal. But Moot thought why not use the word “Sauce” instead of “Source”, and Moot did that by adding a word filter that replaced every “Source” with “Sauce” on the site.

Eventually, the filter was removed, but the damage was beyond repair, and both Moot and Sauce became part of the anime community’s history.

Facts: You can find the word “sauce” even in the Urban Dictionary.

How Did The Word “Sauce” Impact The Anime Community?

Though the word is considered slang, you have to admit that the word “sauce” has made a weeb’s life easier. This word not only makes the comment section look cleaner, but the users can also see the answers instead of repeatedly asking for the source. It is convenient for both the viewer and the uploader.

That’s the magic of sauce.

What Is Sauce Code In Anime?

The word “sauce” means “source” in sauce code, but this code is mainly-used for searching doujins. A Sauce Code has 6 digits which you can enter on the popular doujin sites and enjoy your read without having to type the long and complicated names.

What Is Weeb In Anime?

The word weeb refers to a non-Japanese person obsessed with everything related to Japanese Culture. Their interests lie mostly in anime and manga, which extends to Japanese music, mainly the Japanese anime openings, endings, OSTs, and J-POP to a certain extent.

While some weebs want to visit Japan, some weebs desire to become a citizen of Japan and live there. And you can differentiate a real weeb from a fake weeb by their use of Japanese words in day-to-day conversations.

What Does Sauce Mean in Japan?

Sauce in Japan means the sauce which is used in food. Some examples of sauces are Teriyaki Sauce, Tonkatsu Sauce, All-Purpose Miso Sauce. etc. This sauce is pronounced as Sōsu (ソース).

Both the term Sauce and Source have the same pronunciation in Japanese.

What Is Source Weeb?

Let me be honest. I came across this term and “sauce weeb” while searching for terms related to the sauce and have no idea what this means.

Even if I use common sense, it may be a weeb who knows the source (sauce) to any picture or video clips of an anime or manga. That’s all I can say.

And you already know the meaning of sauce and weeb. But if you know the actual definition of source weeb, do let me know. You are more than welcome to enlighten me with the sauce.

See what I did there?

I have tried my best to explain the origin of the term “sauce” in anime, the first time it was used, the platform it was first used on, how it impacted the anime community, and everything related to this term.

But, if you still feel I missed something or you didn’t understand any particular section of the article, feel free to reach out on averagebeing.com ‘s Instagram handle. You are always welcome with your suggestions, recommendations, and feedback.