Is Vampire in the Garden a Yuri (LGBT) Anime?

There are several anime that fall under the category of LGBT, and one of them is Vampire in the Garden. LGBT anime, or in Japanese, Yuri or Yaoi anime, is popular among viewers worldwide.

These anime have constantly been gaining popularity, and they are also showing support for the LGBT community. We’ll discuss whether or not “Vampire in the Garden” is a Yuri (lesbian) anime. And before getting into it, let’s take a quick look at its plot.

The never-ending war between vampires and humans has shed a lot of blood, and there is no end to it. Momo, a human girl and daughter of the army general, is tired of all this, and we also have the Fine queen of vampires, who doesn’t like it either.

After a fateful encounter, Momo and Fine met each other and became allies. The goal is to find a place where both humans and vampires can live in peace and harmony. However, more things will complicate everything, and countless people and vampires will lose their lives.

What Is Yuri Anime?

“Yuri Anime,” often shortened to “Shoujo,” is a genre of Japanese animation that focuses on the romantic relationships between female characters. It originated in the early 90s, and its popularity has been growing since then.

Yuri anime can include platonic friendships between women, intense romance, and physical relationships. It typically deals with intimate themes such as interpersonal intimacy, self-discovery, sexuality, and identity. Common tropes found in Yuri anime are hijinks, unrequited love, forbidden love stories, angst-filled scenarios, tragedy and comedy combined, and a sometimes non-conformist depiction of gender roles due to its focus on LGBTQ+ characters.

What Type of Anime is “Vampire in the Garden”?

Vampire in the Garden is basically an original net animation (ONA), which means it doesn’t have any manga. It’s just the animation. Even though it comes under the “Dark Fantasy” genre, it clearly has more themes in it, starting with “Vampire,” “Gore,” and “it is indeed a lesbian dark fantasy.” The whole anime is only five episodes long, but it’s still worth your time.

Why is “Vampire in the Garden” a Yuri anime?

Vampire in the Garden is a yuri anime because it emphasizes the passionate relationship between two female protagonists while exploring powerful themes of love and loss. Fine and Momo, the two main protagonists of the show, did fall in love with each other.

In the whole series, their relationship, trust, and bond with each other grew a lot, and everyone who has watched the anime will get that this is a Yuri anime. Vampire in the Garden doesn’t include any sexual content.

It is a pure dark fantasy with a gore theme, but the concept of love between these two female protagonists is still shown beautifully.

Is Fine Lesbian In Vampire in the Garden?

The answer to this question is yes. Fine was definitely a lesbian since her very first appearance when it was shown that she was dancing with other vampire girls. Not just this, Fine herself revealed that she was in love with a human girl named Aria.

However, Aria died, and that left a void inside Fine. In the whole series of five episodes, it was clearly visible that Fine later found herself drawn towards Momo, and while on her deathbed, she confessed her love for her.

Some people think that Momo didn’t love Fine because she never confessed her love for her, and at the end of the series, Momo is seen with a baby, which might be because she married someone.

However, in the whole series, we see how much Momo cares for Fine and is ready to give her life for her; she even fights her mother to save Fine.

When Fine was about to die, she confessed that there was a human girl named Aria, whom she loved, but she died, and Momo resembled Aria very much.

When Fine died, Momo carried her to the grave, where she cried and sang a song for her. That ending was really heartbreaking, but at that one moment, everyone knew that Momo loved Fine so much.

Are Momo and Fine In Love With A Vampire In The Garden?

The answer to this question is twisting. Many believe they were in love, but many believe it was just real friendship or one-sided love. Let’s take it this way: Momo and Fine both fought for each other and were even ready to sacrifice their lives for each other.

Fine actually died but confessed her true feelings while Momo cried her lungs out and sang a final song while crying near Fine’s grave. I guess this is enough to make you realize that both of them were in love. And if you have watched the anime and given it proper attention, you must have realized that with each episode, they were getting closer and closer.

But again, at the end of the series, we can see Momo with a baby and a place where both vampires and humans are living peacefully. This was Fine’s dream too, but this also means Momo married someone else, which is why people said she didn’t love Fine. Momo did make her and Fine’s dream come true, and even if she was married to someone else, this doesn’t mean she didn’t love Fine.

Where Can I Watch the Vampire in the Garden?

Vampire in the Garden is a concise anime series. It has only five episodes, but the story, plot, and characters are totally unique. This anime is available to watch on Netflix in both dub and sub.

Well, That’s all for today, folks. Visit averagebeing.com for more anime updates, and see you again. 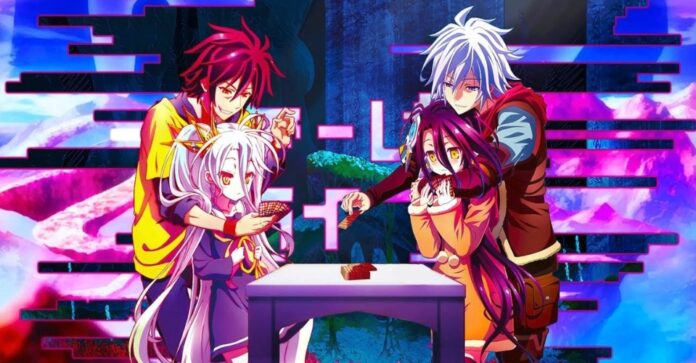 No Game No Life Season 2: Release Date, What To Read, Cast & More
Next article 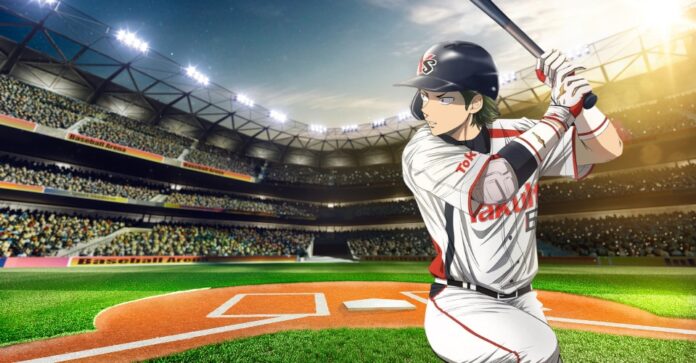 Swing For The Fences: 17 Best Baseball Anime You Can’t-Miss